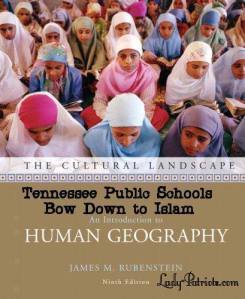 All it takes for evil to triumph is for “good men” to do nothing! This is a paraphrased edition of an old saying. But, it is certainly true yet today. When it comes to violent Islamic extremism the “good” Muslims are strangely silent! Meanwhile, so-called Islamic extremist are growing in number and influence. The Bible teaches that if a tree never brings forth good fruit, the ax should be applied to the root.

“And even now the ax is laid to the root of the trees. Therefore every tree which does not bear good fruit is cut down and thrown into the fire. – Matthew 3:10

Yet, instead of these actions, we have our leaders claiming Islam is a religion of peace and shifting the blame to the United States for our so-called weaknesses. (See article in American Thinker). The Political Correctness doctrine used by most American higher education, news media, and government has blinded us to what is really happening. The evidence points to the conclusion that Islam has not been taken over by radical extremist but is itself the problem. Around the world 100’s of thousands of Christians are being persecuted for their faith, most of which is done in Islamic countries. (See Most Persecution of Christians is at Hands of Muslims). In the recent Paris terrorist actions  Islamic Cleric Defends Paris Shootings rather than condemn them. They certainly do not embrace the idea of freedom of speech.

Let’s forget political correctness and look at some facts of recent history:

Maybe the Imam’s need to re-examine how they are interpreting the Koran, after all, it is a book of peace – right? And you can’t just blame all the unrest on Al-Qaeda – there are a multitude of Islamic terrorist organizations all claiming to be following the Koran:

At the very least, we need to be educating our youth about the dangers of Islam. Instead, school after school is indoctrinating their pupils in the teachings of Islam. Here a few recent articles on public school indoctrination into Islam:

PARENTS PULL SON FROM CLASS BECAUSE SCHOOL IS TEACHING ISLAM

Islamic Indoctrination in the Public Schools

And these are just a few articles on public schools teaching Islam! One reason Islamic indoctrination education is infiltrating our public schools is that the US Government is providing grants to do so! At the same time, these schools can’t celebrate Christmas or mention the name of Jesus Christ without fear of censure.

There is no hope in Islam. The only hope mankind has is found in Jesus the Messiah. So why aren’t we teaching all our children, even Muslim children, about the only source of love and salvation in our schools?