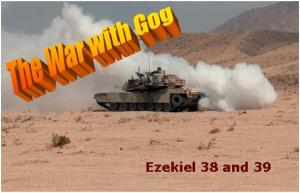 The Bible records an ancient prophesy given to Ezekiel of a future world leader named Gog, who comes against the tiny nation of Israel. The timing of this event is clearly placed in the end of days. As Ezekiel records –

“After many days you will be visited. In the latter years you will come into the land of those brought back from the sword and gathered from many people on the mountains of Israel, which had long been desolate; they were brought out of the nations, and now all of them dwell safely.” – Ezekiel 38:8

This war will happen “in the latter years” and after the re-establishment of Israel, which happened in 1948, a mere  67 years ago. Islam has long been known as the religion of the sword and they controlled the land now occupied by Israel for many years. During WWI Jerusalem was taken back from the Turks by the 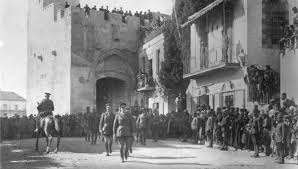 British General Allenby. The Ottoman Empire was broken and the British were granted the oversight of Palestine. The land was indeed brought back from the sword.

WWII soon followed and the horrific revelations of the holocaust by the Germans convinced the victorious western nations to grant Jewish people their own land in Palestine which they named Israel. Then began the regathering of dispersed Jews from all over the world. I say began, because I believe it is not yet finished.

Ezekiel 37 presents a vision given to Ezekiel known as “the valley of dry bones”. It explains the process of Israel’s regathering making this statement –

So I prophesied as He commanded me, and breath came into them, and they lived, and stood upon their feet, an exceedingly great army. – Ezekiel 37:10

No one can deny Israel lives and it presently has the most powerful army in the Mid East. Ezekiel further predicted that though Israel was divided into Judah and Israel when they were dispersed, when they are returned they will no longer be divided but one nation. This has happened. Some of Ezekiel 37 has not yet happened and that is the purpose chapter 38 and 39. What is described in them will bring about the completion of the “dry bones” vision. 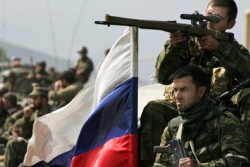 I believe events taking place right now in the world cannot be understood apart from Ezekiel’s prophesies in chapters 37-39. Events in the Mid East, such as ISIS and the Iranian axis will serve to complete God’s work in bringing Israel back to its covenant relationship with God. Current financial pressures on Russia brought on by western sanctions and by falling oil prices will bring the Russian Bear down into the Mid East to fulfill Ezekiel 38 and 39. Out of Russia will arise a leader known as Gog who will form an alliance with Syria, Iran, and others against Israel.

While other prophesies may happen first, such as Psalm 83 or Isaiah 11, I believe Ezekiel’s prophesies are soon upon us. In coming editions, I will further teach on the prophesy of Gog.