Previous posts have highlighted the Year of Jubilee, which occurs just before the last blood red moon of the cycle, and the 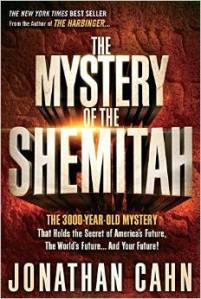 restoration and importance of family. Other posts have highlighted the connection between this Blood Red Moon Tetrad and the former and latter rains prophesied by the prophet Joel. Hidden within the BRM Tetrad is also the warning of Shemitah, or Sabbath Year. This originally was meant for a blessing but, because God’s people turned away from Him, it became a curse instead. I also wrote about the possible connection between this BRM (Blood Red Moon Tetrad) and Daniel’s prophesy of the coming Antichrist and the 3 1/2 years of Jesus’ earthly ministry.

All seven of the Feasts of the Lord (Passover, Unleavened Bread, First Fruits, Pentecost, Trumpets, Day of Atonement, Tabernacles) are directly referred to or indirectly alluded to in this current BRM cycle. Each of these feasts has a special message to Israel and the Church which is magnified during such an event. Then there are other events, such as Solar eclipses, which also represent special messages from God (He designed them all to occur at this exact time in history).

As I mentioned earlier, this Blood Red Moon Tetrad has occurred seven times since the time of Jesus and this current Tetrad is the eighth. So what? you may ask. Seven is the Biblical number of completeness or fullness. In the Creation, God worked for six days and rested on the seventh and that finished the Creation. The next day was the first day of something new. The seventh day was Saturday and the next day was Sunday. Sunday is not only the first day of the week, it is also the beginning day of a new week, the eighth day. The number eight represents a new beginning.

This current Blood Red Moon Tetrad is the eighth occurrence since the time of Jesus. Is God signaling that

something new is about to happen? It is a distinct possibility. The Hebrew nation of Israel was reborn in 1948 and they recovered Jerusalem in 1967. Remember what Jesus said about the fig tree –

“Now learn this parable from the fig tree: When its branch has already become tender, and puts forth leaves, you know that summer is near.” – Mark 13:28

“Why do the nations rage, and the people plot a vain thing? The kings of the earth set themselves, and the rulers take counsel together, against the LORD and against His Anointed, saying, “Let us break Their bonds in pieces and cast away Their cords from us.”“Yet I have set My King On My holy hill of Zion.” – Psalm 2:1-6 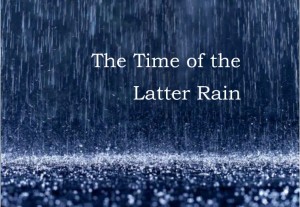 That is exactly the situation today. All the nations are in rebellion against God, the very Church of Jesus Christ is in an apostate condition, and the fields are ripe for harvest! I believe a new Pentecost outpouring, a “latter rain” is about to happen to prepare workers for the Fall harvest to come just before judgment of winter.

To those who have born the heat of the day working in the fields, don’t give up, refreshment is on the way. To those waiting by the wayside for the call to work, prepare yourselves – it is on the way! To those who are indifferent, enslaved by the world’s allurements – go on, live it up, you don’t have long!