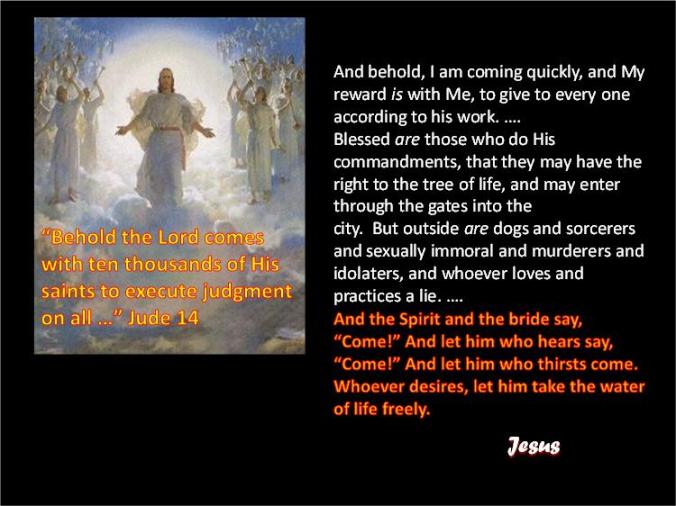 The Book of Revelation begins with seven letters that Jesus dictated to seven churches in Asia. Their message is a timeless road map for the success for any church that cares to listen. They reveal what is good and what is bad in every church and they are as applicable today as they were when first written. They catalog all the temptations and deceptions that Satan uses on us all, but more importantly, they reveal how to overcome them.

After the series on Mystery Babylon it is imperative to understand the plan Jesus gave His Church to overcome the deceptions and spiritual warfare of the Harlot of Babylon. In 2010 I wrote a booklet highlighting this plan that Jesus revealed and the ways 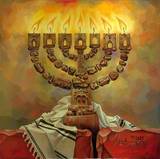 Mystery Babylon is attacking the Church today. This booklet is a compilation of messages on the seven churches given by Pastor Charles Cooley in 2010 and 2011. The faults and mistakes these churches made are not hidden and all who care to be honest can see the same problems plaguing the modern church as well.  Also revealed for all to see are the actions that make for victory in the war against Satan.

The obvious goal of Jesus in dictating these letters is to encourage and equip His bride to be to overcome. A glorious goal is set before us all – to reign with Christ. But, the real possibility of losing our Lampstand, which is the reason for any church’s existence is also presented. And most frightening of all, the possibility of our individual names being “blotted out of the Lamb’s Book of Life” is given as a warning to those who will not heed this message by the Head of the Church.

“He who overcomes shall be clothed in white garments, and I will not blot out his name from the Book of Life; but I will confess his name before My Father and before His angels.” – Revelation 3:5

It is my hope that this series of articles will help you make the letters to the seven churches Jesus’ personal letter to you and that you will read them over and over again in the days ahead.

The Church of Ephesus 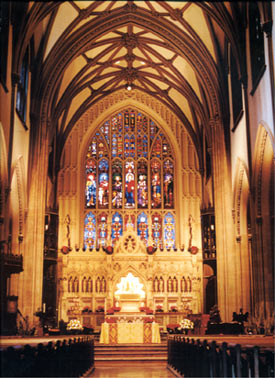 “To the angel of the church of Ephesus write, These things says He who holds the seven stars in His right hand, who walks in the midst of the seven golden lampstands: I know your works, your labor, your patience, and that you cannot bear those who are evil. And you have tested those who say they are apostles and are not, and have found them liars; and you have persevered and had patience, and have labored for My name’s sake and have not become weary.

Nevertheless I have this against you, that you have left your first love. Remember therefore from where you have fallen; repent and do the first works, or else I will come to you quickly and remove your lampstand from its place – unless you repent.” – Revelation 2:1-5

The Book of Revelation begins with a vision of Jesus, not as the suffering servant He came as at first, but as the Almighty, the Alpha and Omega, the sum of all God wants to be to mankind. John, His ‘beloved’ apostle fell at His feet as dead when he saw Jesus in all His radiant glory and power. After John was recovered, the first act of Jesus was to dictate letters to seven churches in Asia Minor. These were real churches, but there were many more churches than these, even at that time so, these churches must have been representative of the messages Jesus wanted to send.

First, and foremost we see Jesus standing in the midst of the seven golden lampstands, which represent the churches. The message is clear – the Church belongs to Jesus! Even though the final church, the Laodicean, had Jesus outside, knocking at the door, Jesus is the head of every church and if you want to be part of the Church of Christ, you must submit to Him!

Now the church at Ephesus had many laudable qualities: they labored for Christ, and they tried to maintain a standard of truth – testing false apostles and false doctrines, such as the Nicolaitans. Since this false doctrine was specifically named we should pay attention to what it was. Some scholars believe it was like the agnostics and taught licentious living. Years ago when first studying this group, I asked the Holy Spirit who they were and what they taught. Here is what He told me –

Christ never intended there to be a separation in His body, in fact one of the reasons for the new song that was sung to Jesus, the Lamb, was that He had “made us kings and priests to our God and we shall reign on earth” .

And they sang a new song, saying: “You are worthy to take the scroll, and to open its seals; For You were slain, and have redeemed us to God by Your blood out of every tribe and tongue and people and nation,  and have made us kings and priests to our God; and we shall reign on the earth.” – Revelation 5:9,10

Do we have spiritual leaders in the Body of Christ? – Yes. But they never lord it over us. When Peter wrote to the other elders he said “The elders who are among you I exhort, I who am a fellow elder …”-1 Peter 5:1. Peter never set himself above the other leaders.  Jesus taught, “He who be great among you, let him be the servant of all.” But, once this Nicolaitan spirit took hold, we see the domination practiced by priests and clergy during the dark ages and even to this day.

Why did the church at Ephesus fall? Earlier, when Paul wrote to them in the epistle to the Ephesians, he said such things as –

“For we are His workmanship, created in Christ Jesus for good works, which God prepared beforehand that we should walk in them” – 2:10

“Now to Him who is able to do exceedingly abundantly above all that we ask or think, according to the power that works in us.” – 3:20

“But God, who is rich in mercy, because of His great love with which He loved us, even when we were dead in trespasses, made us alive together with Christ (by grace you have been saved), and raised us up together, and made us sit together in the heavenly places in Christ Jesus.” – 2:4-6

In this letter he taught them many great doctrines of the Church, such as the five-fold ministry of the church and how to walk in the “power of His might” and defeat the devil and his forces. So what was their downfall?

They became so busy doing God’s work that they forgot Jesus. They forgot that the good 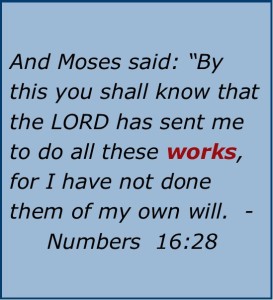 works were not really their works, but God had prepared the works for them to walk in. They really had absolutely nothing without Jesus Christ. Jesus said it this way –

“Nevertheless I have this against you, that you have left your first love.” – Revelation 2:4

The church that will overcome in the days ahead will not be one captivated with beautiful buildings, or many programs, or even many members and a large budget. It will be made up of people who remember this – “But God, who is rich in mercy, because of His great love with which He loved us, even when we were dead in trespasses, made us alive together with Christ.” They will be those who defeat the devil by “the blood of the Lamb and by the word of their testimony, and they did not love their lives even to the death.” – Revelation 12:11.

It is not the having beautiful buildings, or big ministries, or many programs, or a large budget that is wrong. It is the taking pride in them that is dangerous to us. However, this does not mean we should not have good works, for we were created for them –

“For we are His workmanship, created in Christ Jesus for good works, which God prepared beforehand that we should walk in them.” – Ephesians 2:10

Just so we remember, they are God’s works and not our own. May we all strive to be the kind of people that are thankful and humble in every circumstance, even our success.