We are often called a nation of immigrants, because our people have come from so many nations of the world but, we have forgotten a very important truth about our founding. While there were many who tried to colonize this land; Vikings, Spanish, Knights Templar, Aztecs, only one group was favored by God to complete the task – Pilgrims and Puritans! Why? Because they came seeking God and to do His will on earth. They may not have been perfect – no men are – but God chose them to found this great nation. Some 200 years after they began, the United States of America was finally founded and its leaders elected by the people. The first official act of the new President and Congress was to thank God and dedicate this new country to His purposes. We were not founded on Buddhist, Islamic, Occult, or Atheist principles but on Christian principles found in the Holy Bible. In this act of dedication, George Washington also warned –

No American Flags-No prayer to God-What Country are the Democrats from? 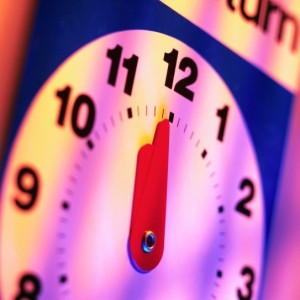 The time for America is short. What began as a “City on a Hill” shinning the light of truth and hope to the world has now become a Sodom and Gomorrah and a Babylon ready for judgment. Only a national repentance and return to God will save this country.

I do not believe this will happen short of a severe shaking. All God has to do is remove His “propitious smiles of Heaven” and hand of protection from this country.

For those who are trusting in Jesus, prepare to do His work like never before. Don’t trust in Democrats or Republicans, they have no answers. Your refuge can be found in the Almighty alone.

“LORD, how they have increased who trouble me!
Many are they who rise up against me. Many are they who say of me, “There is no help for him in God.”Selah
But You, O LORD, are a shield for me, My glory and the One who lifts up my head. I cried to the LORD with my voice, And He heard me from His holy hill. Selah
I lay down and slept; I awoke, for the LORD sustained me. I will not be afraid of ten thousands of people Who have set themselves against me all around.
Arise, O LORD; Save me, O my God! For You have struck all my enemies on the cheekbone; You have broken the teeth of the ungodly. Salvation belongs to the LORD. Your blessing is upon Your people.