I recently wrote about the absolute need for truth, in our personal lives and in our national life. There is no freedom without truth. Of course, the main truth is God’s revelation but, political truth is also important to our everyday lives. We know that in the last days an Antichrist will appear who will raise the art of lying and deception to an ungodly level. As the Apostle Paul wrote –

“The coming of the lawless one is according to the working of Satan, with all power, signs, and lying wonders, and with all unrighteous deception among those who perish, because they did not receive the love of the truth, that they might be saved. And for this reason God will send them strong delusion, that they should believe the lie, that they all may be condemned who did not believe the truth but had pleasure in unrighteousness.” – 2 Thessalonians 2:9-12 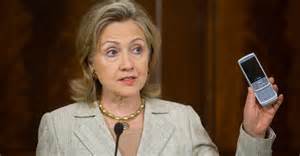 The United States is in the midst of a presidential election so, I will use this as an example of this Pauline principle. Americans are being lied to in ever higher levels – Hillary Clinton publicly lies to the Congress and the people about her emails, her inept actions in Benghazi (which cost American lives), her selling political influence while Secretary of State, her use of government funds to prosper her private foundation, and the list goes on with new revelations almost daily. The Obama administration makes behind-the-scene deals with Shiite Iran allowing them to develop nuclear weapons and giving them millions

of dollars to further their terrorist activities. Yet many are still supporting them and their lies. Perhaps the worst  lies are those about the unborn and their efforts to slaughter them and sell their body parts. Or their lies about the homosexual, lesbian, or transgender lifestyles and their stamp of approval on them. Those who supporter them are condemning themselves by not receiving “the love of the truth.” They do not realize that they are bringing down the wrath of God upon themselves –

“For the wrath of God is revealed from heaven against all ungodliness and unrighteousness of men, who suppress the truth in unrighteousness“ – Romans 1:18

We in America are struggling with this attack now but, I want all who read this article, in whatever country you may be in, the same deceptions exist world-wide. Satan doesn’t just want to bring down the United States – he wants the whole world! Right now, the United States is the strongest voice for God’s truth so it is the main target. Other countries have already succumbed or soon will after the United States falls.

Also, I want you to know that there is a difference between being deceived and “suppressing the truth.”  The deceived can be delivered if they will but turn to God. Jesus came to give this message and it is the message of the true Church –

“The Spirit of the Lord GOD is upon Me,
Because the LORD has anointed Me
To preach good tidings to the poor;
He has sent Me to heal the brokenhearted,
To proclaim liberty to the captives,
And the opening of the prison to those
who are bound “ – Isaiah 61:1

Those who are deceived are in bondage. They are imprisoned by lies. Those who knowingly suppress the truth are led by the spirit of Antichrist and will gladly accept him when he appears.

Our presidential election is soon upon us. In like manner, the time for choosing between God and Satan is urgent! Act while the door to salvation is yet open –

“exhort one another daily, while it is called “Today,” lest any of you be hardened through the deceitfulness of sin.” – Hebrews 3:13

God is speaking with heavenly signs and prophetic warnings. The hour is late and the night is coming – DON’T MISS YOUR OPPORTUNITY.