As the upcoming Presidential election draws near, many voices are flooding the airways proclaiming their perceived answers to our problems, each trying to drown out the other. The noise is so disharmonious as to cause a normal person to click the off switch, especially when one understands they are speaking lies and half-truths for the most part and that most of the “news media” does not disseminate news at all, but just the propaganda they have sold out to! 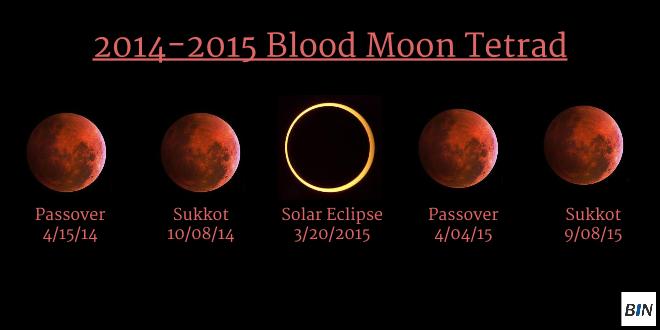 The last two years, 2014-2015, have displayed the heavenly signs of a Biblical Blood Red Moon Tetrad (four consecutive red moons on Passover and Sukkot) and ushered in a Jubilee year which I believe is highlighting the only message worth listening to – return to God while there is time! The messages are clear for those with eyes to see and ears to listen and I will list some of them –

Now that you have read this message, take a while away from the chaos of the world and just sit and meditate on what God is saying through these signs. Take some time to look at the sky, the flowers, or any of the wonders of creation and ask God “What is Your purpose for me?” Give Him some time to answer.

If this message has been a blessing, share it with others.