The United States is facing serious questions right now and they are not just about who will be President. One major choice is that of Elijah’s challenge –

“And Elijah came unto all the people, and said, How long halt ye between two opinions? if the LORD be God, follow him: but if Baal, then follow him. And the people answered him not a word.” – 1 Kings 18:21 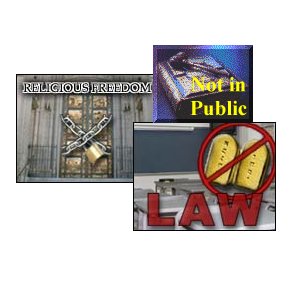 Another major choice is what will we do in regard to the nation of Israel? The last eight years under the Democrats and Obama have seen a steady erosion of good relations with Israel and a steady building of relations with Islamic nations and groups. But, before continuing this trend, we need to examine the consequences. God promises to recover the nation of Israel and bring it into its inheritance –

“For the nation and kingdom that will not serve thee shall perish; yea, those nations shall be utterly wasted. … Violence (hamas) shall no more be heard in thy land, wasting nor destruction within thy borders; but thou shalt call thy walls Salvation, and thy gates Praise.” – Isaiah 60:12-18

By continuing this courting of Islam we are standing against Almighty God.  According to the Gesenius Hebrew lexicon the Hebrew word hamas, in fact, means violence and is so translated in the above verse. Several Arab groups are specifically associated with this violence (hamas) in Scripture –

“Two passages of Scripture that should serve as warnings to today’s Hamas terrorists are Obadiah 10 and Joel 3:19. These verses deal specifically with the hamas/violence perpetrated by Edom, another name for Esau, the ancestor of the Arabs, against Jacob and Judah, the ancestors of the Jewish people. According to Obadiah, the children of Edom shall be cut off forever because of their violence (hamas) against their brother Jacob. Joel says that Edom shall be a desolate wilderness, for the violence (hamas) against the children of Judah, because they have shed innocent blood in their land.” – Written by Glenn Kay of Congregation Netzar Torah Yeshua. 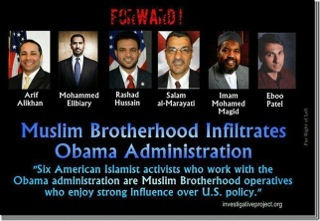 Not all Arabs fall into this category but the members of present day Hamas and the Muslim Brotherhood definitely do. The destruction of Israel and Jews is even in their Charter. Iran has sworn to destroy Israel, pushing them into the Sea. The Muslim Brotherhood has made similar claims. Yet the present administration has given them billions of dollars as well as placing Muslim Brotherhood members in sensitive positions in the government. Hillary Clinton’s top adviser, Huma Abedin is also a MB supporter, as well as her family. No doubt these influences help shape our country’s policies toward Israel but, we should all remember the price of such policies towards Israel-

“For the day of the LORD upon all the nations is near; As you have done, it shall be done to you; Your reprisal shall return upon your own head.” – Obadiah 1:15

If we persist in trying to divide the land God gave to Abraham, Isaac, and Jacob, God will divide our land. If we take financial action against them, God will judge our finances. If we arm their enemies, God will arm our enemies!

These are the real choices we have today – What will you do with God and His plans?