In Revelation chapters 6 through 10 we are presented with the picture of 7 seals and 7 trumpets which will conclude God’s work on earth. First the seals are broken open, the seventh of which begins the 7 trumpets sounding. When the seventh angel sounds “the mystery of God should be finished, as he hath declared to his servants the prophets”. 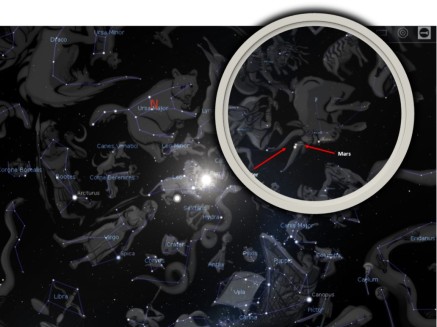 The mystery of the Woman of Revelation 12 is shown next after these seals and trumpets. I believe chapters 12 and 13 fold back to give us further details of the seals and trumpets that came before. So, chapter 12 would actually be happening between the time of the 6th and 7th seals. It’s kind of like when you look at a broad scene with your naked eye, then you look at the same thing with a telescope. The scene is greatly magnified but the scope is narrowed.

“And I beheld when he had opened the sixth seal, and, lo, there was a great earthquake; and the sun became black as sackcloth of hair, and the moon became as blood; And the stars of heaven fell unto the earth, even as a fig tree casteth her untimely figs, when she is shaken of a mighty wind.” – Revelation 6:12,13

During this time, the earth will be wracked with frightening heavenly signs, earthquakes as Jesus predicted –

“Immediately after the tribulation of those days shall the sun be darkened, and the moon shall not give her light, and the stars shall fall from heaven, and the powers of the heavens shall be shaken:” – Matthew 24:29

One thought on “Virgo Note 3”