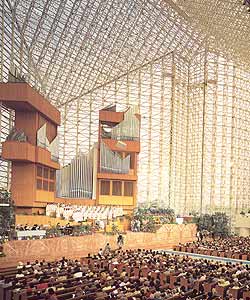 “And to the angel of the church in Sardis write, These things says He who has the seven Spirits of God and the seven stars: I know your works, that you have a name that you are alive; but you are dead.

Be watchful, and strengthen the things which remain, that are ready to die, for I have not found your works perfect before God.

Remember therefore how you have received and heard; hold fast and repent. Therefore if you will not watch, I will come on you as a thief, and you will not know what hour I will come upon you.

You have a few names even in Sardis who have not defiled their garments; and they shall walk with Me in white, for they are worthy. He who overcomes shall be clothed in white garments, and I will not blot out his name from the Book of Life; but I will confess his name before My Father and before His angels.

He who has an ear, let him hear what the Spirit says to the churches.” – Revelation 3:1-6

When I first came to the Lord and was baptized in the Holy Spirit,  I thought of this church being like the Cathedral of Glass or some Old World church, ornate and full of ‘pomp and circumstance’ and exuding richness. But, after 50 some years of Christianity practiced in many settings from Catholic to Pentecostal I have changed my mind. Sardis had a name as a church that was alive! One could hardly look at the Old World churches of today with a few old people in the pews or most of the mainline Protestant churches and think of them as having a name of being alive! These churches are hemorrhaging members as the youth are leaving as soon as they are able. This letter is speaking rather to churches full of members, having vibrant youth ministries and their ‘worship services‘ are like Rock concerts, lots of raising of hands, dancing and shouting are common. They brag about how many services they have to hold on a Sunday or how many ministries and satellite churches they have started. THEY ARE ALIVE! is their message to the world. Only one thing is wrong – Jesus called them dead.

What a terrible thing to have said about you, that you have a name of being alive but you are dead! How can this be? It can only be because of deception. This church is not judging by God’s standards but by their own. They are like Cain of old, who thought he could please God by giving an offering that he determined was right instead of obeying God. You see Cain gave an offering of the very ground that God had cursed, deliberately forgetting that God had told them that sin could only be atoned for by the shedding of innocent blood. Now, there is nothing wrong with having lots of youth in your services or with having growth in numbers but, something was wrong – Jesus called them DEAD!

How many churches today are going through rituals that they have thought up, thinking to please God, forgetting that God said, “obedience is better than sacrifice” (1 Sam. 15:22). They may even shout to the Lord in their ‘worship’ services, but then they go out and commit adultery. How are they committing adultery you ask? Jesus taught –

“But I say to you that whoever divorces his wife for any reason except sexual immorality causes her to commit adultery; and whoever marries a woman who is divorced commits adultery.” – Matthew 5:32

The church now has a divorce rate higher than the world and for example, the Assembly of God used to teach strongly against divorce but now, their General Counsel recently passed Resolution 8, which allows as many divorces and remarriages sanctioned by the church as wanted. Their church divorce lobby accused the negative statements by Jesus against divorce as “hate speech!”

Many Evangelical and Charismatic churches have gotten into the lively worship scene, some even using smoke and mirrors to accentuate their rock-style music. But, I want to warn you – raising your hands in the ‘worship service’ does not cancel obeying God’s commands – all of them! Now, there is nothing wrong with getting exited about God in worship as long as you are excited about God’s word as well. Sardis wasn’t, and their life outside of church showed it.

Jesus reminds the church at Sardis to remember how they received and heard the word of truth. Paul encourages Timothy the same way:

“O Timothy, guard what was committed to your trust, avoiding the profane and idle babblings and contradictions of what is falsely called knowledge – by professing it some have strayed concerning the faith.” – 1 Timothy 6:20, 21

Sardis had mixed worldly wisdom and knowledge with Godly counsel. They forgot what Job knew – “With Him is wisdom and strength: He hath counsel and understanding.” – (Job 12:15). The modern church in America has made the same error. Paul’s warning to Timothy about what “is falsely called knowledge” can also be interpreted as “is falsely called science.” Much of the church today no longer confesses the creation account, having accepted the world’s idle babbling about evolution, for which there is no proof. They blindly send their children to the public schools to be indoctrinated in evolution, humanistic religion, and a pluralistic philosophy which holds all religions equal and preaches sexual aberrations as normal. Then they wonder why sexual immorality, abortions and divorces in the church are as abundant as in the world. It is in these schools that the seed of doubt is first planted in their children’s minds, which leads to their rebellion against Christianity. But, who is guilty? – the world for being what it is, or the church for surrendering it’s posterity to the world? The answer is evident.

The world preaches, “Be yourself” and makes idols of those who say “I did it my way!” TV is full of self-help programs and advertisements aimed at making you dissatisfied with what you have, so you will buy their product. But Scripture reveals –

Much of the American economy is based on dissatisfaction with what we have. This is a bold denial of what Scripture tells us – “Let your conduct be without covetousness; be content with such things as you have. For He Himself has said, I will never leave you or forsake you.'” (Heb. 13:5).

Many churches today do not function as ‘the body of Christ’ where the Holy Spirit gives the gifts He desires to whom He desires, because it may threaten the ‘leadership’s’ perceived position. This is nothing but envy and self-seeking that James writes about. The ‘spirit of Jezebel’ is alive and well in many churches as many in church leadership seek to control the church rather than lead the church under the Holy Spirit’s control. But, remember, Jezebel was a real women, not just a spirit, and women who desire church leadership and authority positions are her children! 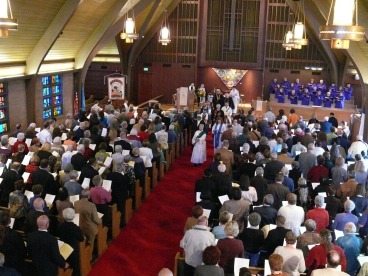 I fear Jesus would say to many churches today, “You have used My promise to never leave or forsake you” as an excuse for your love affair with the world! And who could say “I have never succumbed to the same temptation?” However, I do know this is the main reason the American church is weak. At a time of history when Jesus said we would be doing greater things than He did, we can’t even approach what He did! (John 14:12).

How ironic that the modern church has even twisted this warning into a pretribulation rapture! They say we can’t know when He is coming because He comes like a thief. But, what they forget to say is that He comes like a thief on the wicked! Paul writes that the Lord’s coming should not be like a thief to the believer for “you brethren, are not in darkness, so that this Day should overtake you as a thief.” (1 Thessalonians 5:1-4).

There are some, even in Sardis, that have not defiled their garments. They are seeking God still. Without the guidance of the church, they are holding home meetings, talking to one another about the things of the Lord as Malachi 3:16 describes, and learning how to walk with God. And they are seeking the righteousness of the Lord. Jesus will walk with them, even as the Lord walked with Adam and Eve in the Garden before they fell.

This letter should bring forth the fear of the Lord in us as He declares that some names may be blotted out of the Book of Life. This letter is not a ‘once saved- always saved’ message. The Lord is serious – no easy grace here. Jesus told a parable of those invited to the son’s wedding feast. When the father came in, he saw a man who didn’t have on a wedding garment, so he had the man thrown into outer darkness. (Matt. 22:2-14). Though he was invited, he didn’t have on a wedding garment and so was cast out. Our wedding garment is a robe of righteousness.

“I will greatly rejoice in the Lord, My soul shall be joyful in my God; for He has clothed me with the garments of salvation, and covered me with the robe of righteousness,..” (Isaiah 61:10)

The Lord has provided salvation for us but we have the responsibility to put on the robe of righteousness and keep it on. It is what Paul referred to as ‘work out your salvation.’ Even this responsibility the Lord will help us with, if we try. It is why the Lord ends this letter with “He who overcomes shall be clothed in white garments”.

I write this article to encourage you and myself to be ‘overcomers’. This world is full of temptations and Satan often comes to the Church as ‘an angel of light’. If you have fallen into any of the sins I have written about, remember our God is merciful. If we honestly repent and turn around, He will forgive us and restore us. There is only one sin that is unforgivable  and that is blasphemy against the Holy Spirit because by it we cut ourselves off from the only One who can bring repentance.

Remember, the Church is not some building or organization or denomination you belong to – YOU ARE THE CHURCH. How you live is what Jesus is writing about in this letter.

He gives us the way to overcome in the beginning of the letter – He has the seven Spirits of God and holds the seven stars. Oh how we need all the Holy Spirit we can get! If we turn wholeheartedly to Him, He will send the fullness of the Holy Spirit to aid us so we can shine like the stars.

2 thoughts on “Sardis, the Dead Church”