“These are the words of Him who is holy and true, who holds the key of David. What He opens no one can shut, and what He shuts no one can open. I know your deeds. See, I have placed before you an open door that no one can shut. I know that you have little strength, yet you kept My word and have not denied my name. I will make those who are of the synagogue of Satan, who claim to be Jews though they are not, but are liars – I will make them come and fall down at your feet and acknowledge that I have loved you.

“Since you have kept My command to endure patiently, I will keep you from the hour of trial that is going to come upon the whole world to test those who live on the earth.

“I am coming soon. Hold on to what you have, so that no one will take your crown. Him who overcomes I will make a pillar in the temple of My God. Never again will he leave it. I will write on him the name of My God and the name of the city of My God, the new Jerusalem, which is coming down out of heaven from My God; and I will also write on him My new name.

The message to the church of Philadelphia is a message only to those who overcome. They will have three names written on them: 1) the name of God – the Father, 2) the city of God – the new Jerusalem, and 3) the new name of Jesus and it is the Holy Spirit which says this. This is just one of the many places in the Bible that affirms the reality of the Trinity of God – One God manifested in three persons.

Jesus holds the key of David, which is the authority to rule. Isaiah prophesied of the Messiah –

“For to us a son is given, and the government will be on his shoulders …. He will reign on David’s throne and over his kingdom, establishing and upholding it with justice and righteousness from that time on and forever …”   – Isaiah 9:6-7 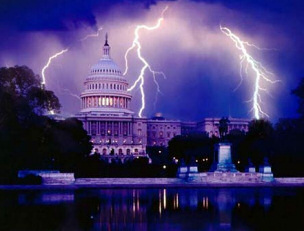 “He sends out arrows and scattered them; Lightning bolts; and He vanquished them”

The Father has given all authority to the Son and as Psalm 2 declares all the nations are given to Him for His inheritance and if they do not listen to Him, He will “break them with a rod of iron”. The nations who are opposing His will with the nation of Israel, and that includes most of the European nations, certainly all the Islamic nations, and even some in Israel, should “kiss the Son, lest He be angry and they perish in the way”! The “Two state solution” to the Mideast turmoil is not the answer – surrendering to the will of God is.

But, this authority is not to do what we want, but to do His will! Because He holds the key of David, what He opens, no one can shut, and what He shuts, no one can open. And He has included us in this authority! What a thought! It does not matter how strong we are. It only matters how strong He is. The message to the Philadelphia church reveals that they had little strength – but it didn’t matter. We’re not supposed to be working in our strength, but in His! But, much of the modern day church has lost this authority because they have also rebelled against God by embracing a two-state solution dividing the land of Israel.

One of the devil’s main attacks on believers is to get them looking at their weakness, their failures. But Jesus is saying that we have enough strength to do two things: (1) keep His word, and (2) not deny His name.

There will always be those who oppose our confession and obedience, mostly from the religious crowd. Down through history the religious  have been the main persecutors of the faithful; take the prophets, the apostles, and Jesus for examples.

Paul declares, “All who will live godly in Christ Jesus shall suffer persecution.” (2 Tim. 3:12)

Why is this so? It is because of rebellion. People who are merely religious have all reached a point in their lives where they did not want to surrender totally to Christ, to apply the

“You are the light of the world”

cross in their lives. They are hanging on to something of the world that God wants them to be free of. Whenever light comes, it exposes this. The choice for the religious is either to surrender to God and repent, or to persecute the messenger of light. Most will persecute the light bearer. Jesus says of the believer, “You are the light of the world.” (Matt. 5:14). Because the true believer has Jesus in them and He is the Light of the world. Light exposes the darkness, but, if one embraces the correction of the cross – it will set us free.

I heard a Romanian preacher say, “If you preached righteousness and holiness in the American church, 80% would run out the door.” The doctrine of the cross and suffering certainly does not mix well with the prosperity doctrine so many are preaching!

Please, Church, hear the message given to the church of Philadelphia. Now is the time to separate from the world, from all religious doctrine that sounds good to our flesh but is not in the word of God.

“Come out of her My people, so that you not share in her sins, so that you will not receive any of her plagues;” (Rev. 18:4) 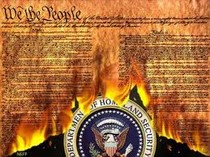 Judgment is soon going to fall on America because of our slaughter of millions of innocent babies in abortion, our rebellious denial of God’s laws, and our attempt to take away His land of Israel from His chosen people, Israel. All who are in the world will be judged with it no matter what their former confession was! Hear the teaching of Jesus –

Jesus can open a door, as He did when this nation was founded, but He can also shut doors. When Jesus shuts the door, it is too late! Now is the time to get our lives right with Him. Now is the time to be fasting, praying and studying His word – while there is time.

The church of Philadelphia made the right choice and they were promised the keeping deliverance of Psalm 91. They weren’t a mega church, or rich, but they did keep His word, even enduring persecution for His name – patiently.

“Since you have kept My command to endure patiently, I will keep you from the hour of trial that is going to come upon the whole world to test those who live on the earth.

Please God, enable us to do the same.