“And when he had opened the seventh seal, there was silence in heaven about the space of half an hour.” – Revelation 8:1

As the 7th seal is opened there is silence in heaven where normally there is constant praise and worship. Why? I believe it is because God is grieving for the judgments that are about to be released on those God created. God told Ezekiel –

“Say to them: ‘As I live,’ says the Lord GOD, ‘I have no pleasure in the death of the wicked, but that the wicked turn from his way and live. Turn, turn from your evil ways! For why should you die, O house of Israel?'” – Ezekiel 33:11

He also created the earth which will also suffer because of the sin of man. But, God is also just and if man will not take advantage of the atoning work of Jesus, who died to pay for man’s sin, God is left with no recourse but to judge. 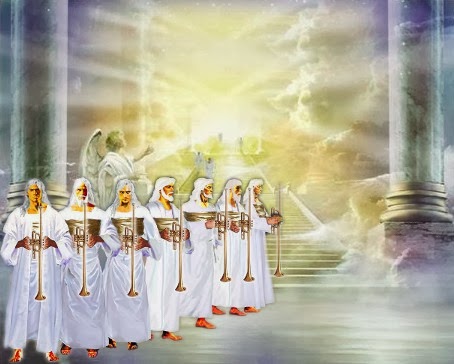 John next sees seven angels standing before the Throne of God, ready to do His bidding, and another angel offers up the prayers of the saints with much incense –

“And another angel came and stood at the altar, having a golden censer; and there was given unto him much incense, that he should offer it with the prayers of all saints upon the golden altar which was before the throne.” – Revelation 8:3

What are the saints praying for? For vengeance? No, I think the saints have the heart of Jesus, who even on the cross, prayed “Father forgive them, for they know not what they do.” True saints have taken Jesus as their model and one who has been rescued from the fires of hell can only pray for others to also be rescued. I believe God listened to these prayers and even in the midst of judgment, some will turn to Jesus and be saved. Remember, even in the judgments that fell on Egypt, some Egyptians turned to the Lord and came out with the Hebrew children. God is longsuffering and full of mercy, for which I am very thankful.

This same angel then took the golden censor, which had held the prayers of the saints, filled it with coals from the altar and cast it down to the earth.

“And the angel took the censer, and filled it with fire of the altar, and cast it into the earth: and there were voices, and thunderings, and lightnings, and an earthquake.” – Revelation 8:5

Men on earth are going to experience what the Hebrew children experienced at Mt. Sinai.

“For ye are not come unto the mount that might be touched, and that burned with fire, nor unto blackness, and darkness, and tempest, And the sound of a trumpet, and the voice of words; which voice they that heard intreated that the word should not be spoken to them any more: (For they could not endure that which was commanded, And if so much as a beast touch the mountain, it shall be stoned, or thrust through with a dart: And so terrible was the sight, that Moses said, I exceedingly fear and quake:)” – Hebrews 12:18-21 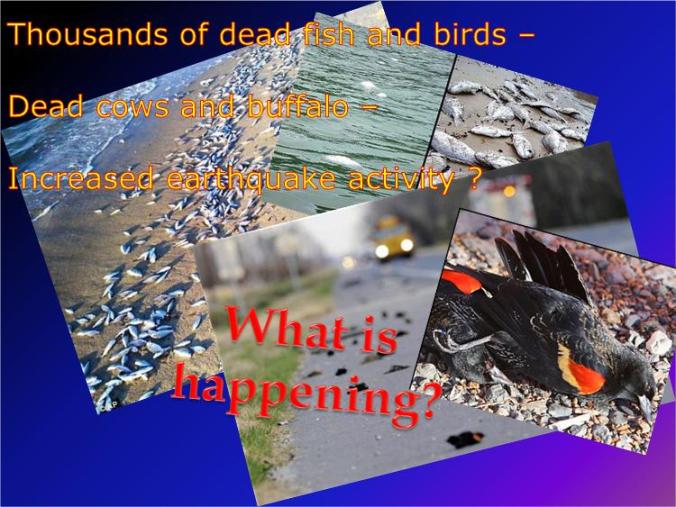 “Therefore shall the land mourn, and every one that dwelleth therein shall languish, with the beasts of the field, and with the fowls of heaven; yea, the fishes of the sea also shall be taken away.” – Hosea 4:3

All the plagues of these first four angels will bring famine and disaster to the earth. Rain will dry up because the trees transpire moisture into the air which falls back as rain. Animals will languish for lack of grass to eat and water to drink. Fish, which is the staple for much of the world will be gone. Springs and aquifers will dry up or be tainted with Wormwood (radiation) so as to be undrinkable. Gardens and crops will not produce as the Sun is diminished and water for irrigation is dried up. At least a third of the earth will be affected. Hosea also tells us why these things will happen –

“Hear the word of the LORD, ye children of Israel: for the LORD hath a controversy with the inhabitants of the land, because there is no truth, nor mercy, nor knowledge of God in the land. By swearing, and lying, and killing, and stealing, and committing adultery, they break out, and blood toucheth blood.” – Hosea 4:1, 2

Since 2010 we have seen world-wide mass die offs of birds, fish, beasts of the field and no one seems to repent because of the reasons Hosea gave for these events. Much of the ‘civilized’ world (ha! That’s a laugh!) is killing it’s own babies with abortion which certainly qualifies as “blood touching blood”. In America, the news media are the biggest liars on the block with their innuendos and twisting of the truth to fit their own agendas. The government runs a close second to them.

I pray for it, but I do not have faith to see the nation wide repentance that is needed to turn us around. As this is the year of Jubilee, it will bring either blessing or judgment depending on where we stand with God. As of right now, it appears to me as if our nations can expect the later.

For those who love the Lord and obey His word, this is the word to remember –

“The name of the LORD is a strong tower: the righteous runneth into it, and is safe.” – Proverbs 18:10

As we consider these terrible events, we should remember that God is our refuge and He will guide us safely through them.

“But the salvation of the righteous is of the LORD: he is their strength in the time of trouble.” – Psalms 37:39

Remember what Jesus promised the faithful Church of Philadelphia –

My next posting will be on the last three angels about which an angel proclaimed,

“Woe, woe, woe, to the inhabiters of the earth by reason of the other voices of the trumpet of the three angels, which are yet to sound!”

2 thoughts on “Trumpets of Judgment”