Since 2010 there have been strange and never before seen signs happening, both on earth and in the heavens. Turtles and fish washing up on beaches dead for no apparent reason. Birds in droves dropping from the sky and cattle and buffalo dropping dead overnight. These events happened all over the earth and they continue to happen, even though the news media has grown tired of covering them. Then there are the strange booms coming from the ground and eerie sounds in the sky. All of which science seems to have no answer, so they conveniently forget about them. No one now can deny the dramatic increase of tornadic storms, volcanoes, and major earthquakes worldwide as the following video proves.

Could it be that God is trying to get our attention? There are threats of massive food shortages, As Fox News reports.

Thankfully, petroleum prices have come down due to American fracking, but that has affected world stability as Russia gets a large part of its budget from oil and natural gas exports and they have had to lower their prices. Remember a main pressure leading to WWII was Japan and Germany needing lower priced raw materials. What will Russia, Iran and others due to shore up their economies? 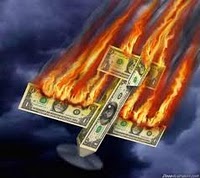 Then there is the growing threat of financial collapse in many countries around the world. The United States has had 8 years of lackluster economic growth and while President Trump is promising to reverse this trend, there has been no real action so far by a Congress more concerned with defeating Trump than with helping the American people! Only a fool would trust the American Congress to do anything wise with the economy. Especially, as there has been no meaningful repentance and turning back to God by them or the American people, even after 9/11.

But, perhaps the biggest proof of God speaking has been in recent heavenly signs. The tragic truth is most have such a juvenile level of understanding in Biblical truth, that they mostly miss the message. Nevertheless, I include this video on key signs being highlighted in Revelation 12 of the God’s word.

The reasonable conclusion is GOD IS SPEAKING! Are you listening?

In the Signs of Revelation 12 video above, I also included the Christmas Star event because some believe the conjunction of Venus and the star Regulus was what the Wise men followed at the birth of Jesus. Whether that is true or not, I don’t know but, I do know that they will come into close conjunction on September 20, which is one day before the Feast of Trumpets and three days before the Virgo sign is completed.

There is another heavenly sign happening in September this year that has not happened in 7000 years, when a

perfect planetary alignment occurs.  This happens when all the planets in our solar system form a straight line in the heavens. There are frequent planetary alignments but, none in such a perfect order as this year. This sign also happens September 23, 2017 at the same time as the Virgo fulfillment.

I will finish this article with a final video that explains another prophecy that is happening with the Revelation 12 signs, the Bozrah Deliverance, which is a prophetic story of the final regathering of Israel and her subsequent trouble with the devil and his Antichrist. As you study the constellation Draco as seen in September 2017, you will see that he is wrapped around the Little Dipper (which is called The Little Bear – The Lesser Sheepfold in Hebrew). The bright star at the tip of the handle is Polaris, which breaks the sheep out of the sheepfold.

One thought on “God is speaking – are you listening?”