“… your iniquities have separated between you and your God, and your sins have hid his face from you, that he will not hear. For your hands are defiled with blood, and your fingers with iniquity; your lips have spoken lies, your tongue hath muttered perverseness. None calleth for justice, nor any pleadeth for truth: they trust in vanity, and speak lies; they conceive mischief, and bring forth iniquity. … Their feet run to evil, and they make haste to shed innocent blood: their thoughts are thoughts of iniquity; wasting and destruction are in their paths. The way of peace they know not; and there is no judgment in their goings: they have made them crooked paths: whosoever goeth therein shall not know peace. Therefore is judgment far from us, neither doth justice overtake us: we wait for light, but behold obscurity; for brightness, but we walk in darkness. … And judgment is turned away backward, and justice standeth afar off: for truth is fallen in the street, and equity cannot enter.” – Isa. 59:2-14

This, I fear is the present condition of America. our twisted (iniquity) world views and morality has cut us off from God. His hand of blessing and protection is lifted off of us. NFL players refuse to honor our flag and national anthem because racial injustice – they say. I will show you some REAL injustice – 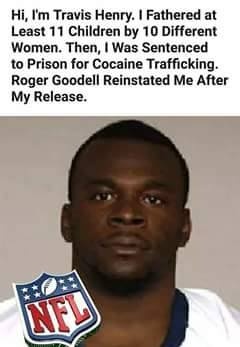 These are but two of the  656 NFL players arrested since 2000 from every NFL team in a league that now wants to change our National Anthem to please them! Their crimes range from selling drugs to rape and even to murder. Why doesn’t the news media tell us about this? Because they are part of Isaiah’s list in the above verses. Out of the 656 only 23 were white but according to the news media this scum is just protesting ‘racial injustice’ and for the money the NFL is willing to cover it up by sweeping under the rug. 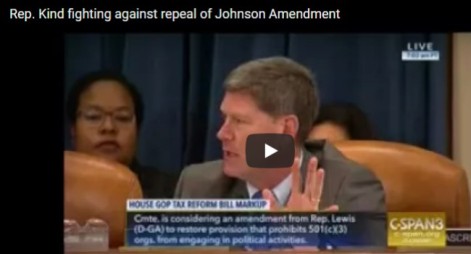 But then, our political system is not much better. Lyndon Johnson, a Democrat, authored an Amendment called the Johnson Amendment that penalized any pastors from preaching about political corruption from the pulpit. Under the new Republican budget the Johnson Amendment would be eliminated at President Trump’s urging. The President believes that to get rid of the Washington swamp and its corruption, pastors need to be allowed to preach against it from the pulpits of America. Many pastors would not before because they were fearful they would lose their tax exempt status – in other words because of money!

The Right Honorable Representative Ron Kind, a Democrat, does not want this freedom given to pastors. He stated, “… that removing the “Johnson Amendment” barring political endorsements by preachers and non-profits will “make the Sunni-Shi’a conflict in the Middle East look like a picnic.“. The real reason is he has been in Washington for so long, he is afraid of the truth. Pastors need to be able to teach the entire counsel of the Scripture and declare things like abortion, lying, adultery and fornication, homosexuality, etc. the sins God calls them, no matter who commits them – Democrat or
Republican! Only fear or guilt would make someone oppose this.

“Yea, truth faileth; and he that departeth from evil maketh himself a prey: and the LORD saw it, and it displeased him that there was no judgment. And he saw that there was no man, and wondered that there was no intercessor: therefore his arm brought salvation unto him; and his righteousness, it sustained him. For he put on righteousness as a breastplate, and an helmet of salvation upon his head; and he put on the garments of vengeance for clothing, and was clad with zeal as a cloke. According to their deeds, accordingly he will repay, fury to his adversaries, recompence to his enemies; to the islands he will repay recompence. So shall they fear the name of the LORD from the west, and his glory from the rising of the sun. When the enemy shall come in like a flood, the Spirit of the LORD shall lift up a standard against him. And the Redeemer shall come to Zion, and unto them that turn from transgression in Jacob, saith the LORD.” – Isa. 59:15-20

I am not a prophet but, I can read the signs that are plain to see. God’s judgment is coming soon. God is no respecter of persons and He has judged other nations in the past for less, those who have been blessed far less than us with His truths. Only a repentance on a national level can deliver us from the shaking that is coming.