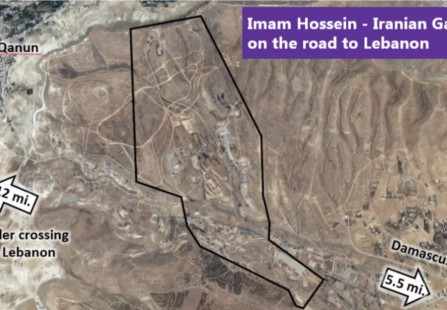 I have written extensively about the coming war of Ezekiel 38 which often referred to as the war of Gog and Magog. In a recent article named ‘Is Ezekiel’s Gog soon upon us?’ I specifically highlighted recent actions by Turkey to prepare for this war but, in this article I will highlight actions by Iran that very well may set the war off! Iran (known as Persia by Ezekiel) is steadily building its’ military preparations. It is arming Hezbollah with advanced missiles to attack Israel from the north and they are arming Hamas to attack Israel from within. It only recently flew an unmanned drone over northern Israel that was armed with missiles which Israel shot down. And the latest reports show new bases in Syria in which it has recruited 80,000 Shiite fighters. Israel continues to threaten the removal of all Iranian military buildups in Syria.

Ambassador to the UN Danny Danon on Thursday sent out a stark warning of Iran’s dark ambitions in the Middle East, saying it is “spreading its tentacles” across the region in an effort to intimidate Israel.

“There are over 80,000 extremists from all over the Middle East who are members of Shia militias in Syria under Iranian control, Danon told the 15 members of the United Nations Security Council, as he held up a picture of what he said was a military base funded by Tehran just outside Damascus.

“What you see here in this image is Iran’s central induction and recruitment center in Syria. We are presenting this image to the world so you can understand the depth of Iran’s involvement in Syria. It is at this base, just over 5 miles from Damascus, where these dangerous extremists are trained and then assigned their missions of terror throughout Syria and the region,” Danon said. – The Jerusalem Post, April 26, 2018 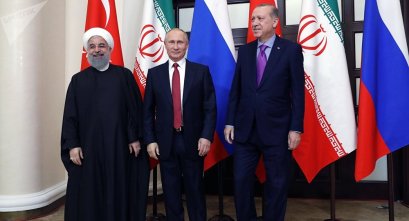 The three major players of the Ezekiel war recently met to make and coordinate plans for Syria. They say they are only concerned with Syria but, recent actions in Turkey belie that claim. God tells Gog to prepare his confederates in Ezekiel 38:7 –

“Prepare yourself and be ready, you and all your companies that are gathered about you; and be a guard for them.”

It is apparent to me that is exactly what they are doing. And it is apparent to Israel as well, as they recently stated they are preparing to be attacked by Iran and when they are they will attack Tehran as well.

We need to keep this in earnest prayer because there are many nations and peoples that will be effected – maybe us.