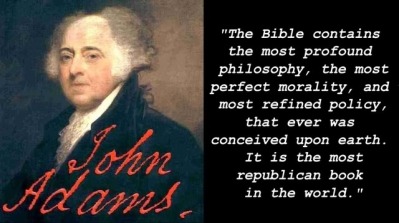 “Every place that the sole of your foot shall tread upon, that have I given unto you, as I said unto Moses. … Have I not commanded you? Be strong and of good courage; do not be afraid, nor be dismayed, for the LORD your God is with you wherever you go.” – Josh. 1:3,9

These are the words the Lord spoke to Joshua as he was about to lead the Hebrew children into the Promised Land. They were the inspiring words the Pilgrims and the Puritans also had in their hearts as they embarked on the journey to establish “a city set on a hill” in the new land – a land that became America.

The key thought was ‘the LORD your God is with you wherever you go‘ and it gave strength to overcome all the adversities they would encounter. As we consider all the turmoil that is going on in the country now, these are good words to remember. Another King in Israel faced similar uproar, his name was Hezekiah. The Lord sent a word to him through the prophet Isaiah –

“‘Thus says the LORD: “Do not be afraid of the words which you have heard, with which the servants of the king of Assyria have blasphemed Me.” – Isa. 37:6 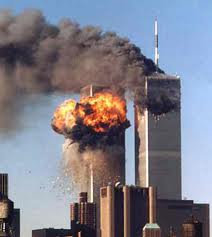 Our country is under attack from forces outside the country and inside. The outside forces are much the same as those King David and King Hezekiah faced – the forces of the people of radical Islam. They are blaspheming God saying, “Allah is the true God” and they use threats of terrorism to get their way. Our past President caved in to them – radical Islam, a false religion. But, we now have a President that will stand up to them. However, they have been embedded within the country and have globalist allies. The so-called Deep State is nothing more than these demon inspired enemies who do not want to submit to God or His plans for this country. King David wrote about them –

“Why do the nations rage, And the people plot a vain thing? The kings of the earth set themselves, And the rulers take counsel together, Against the LORD and against His Anointed, saying, “Let us break Their bonds in pieces And cast away Their cords from us.” – Ps. 2:1-3

Christians in this country are a target because of what we stand for. And Christians are coming under attack more often now, from social media to Hollywood. Laws are passed favoring abominable things and curtailing those who speak the truth against them. Government and schools have a vendetta against Christian witness. What should be our response? The Word of God gives us the answer of how to react against this spirit of Antichrist –

“And they overcame him by the blood of the Lamb and by the word of their testimony, and they did not love their lives to the death.” – Rev, 12:11

Christians need to speak and vote. We have been given the Holy Spirit for just a time as this – 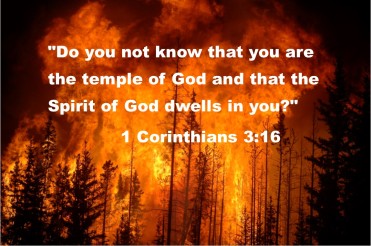 “If you love Me, keep My commandments. And I will pray the Father, and He will give you another Helper, that He may abide with you forever— the Spirit of truth, whom the world cannot receive, because it neither sees Him nor knows Him; but you know Him, for He dwells with you and will be in you.  … However, when He, the Spirit of truth, has come, He will guide you into all truth; for He will not speak on His own authority, but whatever He hears He will speak; and He will tell you things to come. ” – John 14:15-17, 16:13

When Joshua entered the Promised Land, he was seeking a place of rest but, he found a place of war. The rest came from knowing God was with him. We have the same rest available to us as Joshua did. We are told about it in Isaiah –

“For with stammering lips and another tongue He will speak to this people, To whom He said, “This is the rest with which You may cause the weary to rest,” And, “This is the refreshing”; Yet they would not hear.” – Isa. 28:11,12

Paul refers to this verse when teaching about the baptism of the Holy Spirit in 1 Cor. 14:21. The coming of the Holy Spirit is God with us, the same God that Joshua knew in his conquest of the Promised Land. We can be as victorious as Joshua in our struggle against the forces of evil if we but obey the Holy Spirit and follow His leading.

When we hear the voices of hatred and rebellion on TV or in the newspapers or we hear the projections of poles claiming victory, we need to remember Who is God. We need to follow the Holy Spirit and do whatever He says. He alone will lead us into the truth.

One thought on “Following Joshua”