“Behold, I send My messenger,
And he will prepare the way before Me.
And the Lord, whom you seek,
Will suddenly come to His temple,
Even the Messenger of the covenant,
In whom you delight.
Behold, He is coming,”
Says the LORD of hosts.” – Mal. 3:1

This message from Malachi the prophet is a message of warning. The verses before describe what the Lord is upset about – upset with His people, the Church.

“Judah has dealt treacherously,
And an abomination has been committed in Israel and in Jerusalem,
For Judah has profaned
The LORD’s holy institution which He loves:
He has married the daughter of a foreign god.” – Mal. 2:11

Oneness at the Cost of Truth

The church has put forth the doctrine of Chrislam, which is marrying the foreign god of Allah, daring to say he is the same as the God of the Bible. They are profaning the Lord’s holy institution,  the true Church. They said “Have we not all one Father?” As the Pope meets with all religious leaders trying to form a universal church, he is saying the same thing. Then, a second thing God is upset with in the Church –

“For the LORD God of Israel says
That He hates divorce,
For it covers one’s garment with violence,”
Says the LORD of hosts.” – Mal. 2:16

The third thing the Church is doing is calling evil good and calling good evil!

“You have wearied the LORD with your words;
Yet you say, “In what way have we wearied Him?”
In that you say, “Everyone who does evil
Is good in the sight of the LORD, And He delights in them,”
Or, “Where is the God of justice?”_ Mal. 2:17

The Church does not teach against divorce anymore because they would probably lose half of their membership if they did! But, God says He hates divorce. Church members take the easy way out of a problematic marriage instead of seeking God for help. And they don’t ask God for direction in getting married in the first place. Or they just live together without getting married.

Then the Church is accepting lifestyles the Lord condemned. Jesus said He made them male and female in the beginning (Mat. 19:4) and yet the Church is accepting transgenderism as if it is normal! This is a direct assault on God as the Creator! Azusa Pacific University Chaplain and the former head of the National Association of Evangelicals, Dr. Kevin Mannoia, shocked Christian leaders when he testified in favor of a California resolution directing pastors and counselors to affirm LGBT identities and behavior. But, the Scriptures speak differently –

When Malachi prophesied “And the Lord, whom you seek, Will suddenly come to His temple, Even the Messenger of the covenant, In whom you delight. Behold, He is coming,” he means He is coming to correct these problems in His Church!

“But who can endure the day of His coming? And who can stand when He appears?
For He is like a refiner’s fire And like launderers’ soap. He will sit as a refiner and a purifier of silver; He will purify the sons of Levi, And purge them as gold and silver,
That they may offer to the LORD An offering in righteousness.” – Mal. 3:2,3

We will see what it is like to stand before a Holy and Righteous God. He is going to purge us with the fire of His indignation and cleanse the chaff out of His House. Those leaders who are in His house just for the money will experience what the money-changers in the Temple did so long ago. Those who are living with one foot in the Church and one foot in the world will experience God’s divine dividing and those who are not truly committed will flee His wrath. Then His Church will bring forth an offering in righteousness that will be pleasant to the Lord. 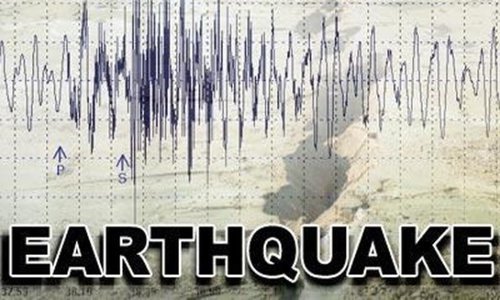 When this happens we will experience revival and a great harvest of souls will be brought in. Just like an earthquake shakes the earth, so we need a spiritual earthquake to shake the Church. As earthquakes strike suddenly, often without warning, so the Lord is coming to His Church suddenly. As buildings without a firm foundation often are broken and fall in earthquakes, so many in the Church will be broken and fall because they did not have a firm foundation. That foundation has to be the Word of God and holiness.

“Pursue peace with all people, and holiness, without which no one will see the Lord:” – Heb. 12:14

John the Baptist was a ‘messenger sent before the Lord’  and his message was to repent for the kingdom of heaven is at hand. Likewise the message of repentance will prepare us for the Lord’s coming to His Temple, the Church.