Practicing lawlessness is a serious offence to God and those who do it will suffer serious consequences. Hear the words of Jesus, the Son of God.

“The Son of Man will send out His angels, and they will gather out of His kingdom all things that offend, and those who practice lawlessness, and will cast them into the furnace of fire. There will be wailing and gnashing of teeth.” – Matt. 13:41,42 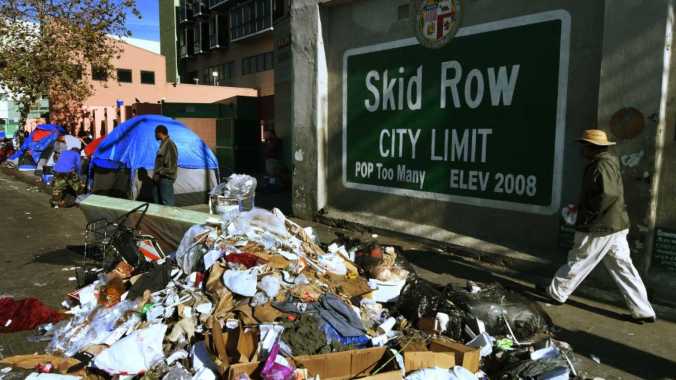 God ordained laws for society to constrain evil and wickedness and our country has such laws but, we also have enacted legal ways to change laws that don’t work. Sadly however, many leaders resort to lawlessness when they cannot change things legally. Such is the case with our immigration laws. Many leaders (mostly Democrats) feel they are above the law and create ‘sanctuary cities‘ to allow people to be here illegally. With smiling faces they thwart the national intent of our laws and the people blindly follow not realizing they are giving Satan an advantage. These ‘sanctuary laws’ are safe harbors for drug lords, rapists, and murderers, not to mention the drain on society in health issues and monetary resources. But, there is a greater danger lurking behind this lawlessness. Satan is laying the groundwork for the coming Antichrist.

Mayor tries to stop drag story hour: ‘Why would you have transgender people talking to kids?’

Because people turn to lawlessness God will actually send ‘strong delusion’ on them so they cannot see the truth. They will reach a point where they will take pleasure in unrighteousness. Democrat leaders seem to be leading the charge on this as all they see is ‘more votes!’ But lawlessness, though it may start small, is like a snow ball rolling down the hill – it gets bigger and bigger! Things that would not have been heard of 50 years ago are now becoming common, such as homosexuality and trans-gender ism. Now our schools, where children once learned the truth, have become laboratories for wickedness as Drag Queens spread their filth to young minds.

Even the church is infected with this lawlessness as churches ordain homosexuals and have Drag Queens speaking in church. It began by seminaries denying the word of God such as denying that Jesus was born of a virgin or that God created the universe in just 6 days, or that there was a world-wide flood. Some pastors even claim that Jesus is not the only way to God. Or a Lutheran pastor ( a woman) claiming pornography is OK. Or pastors (all women) blessing abortion clinics.

Lawlessness is always progressive, pushing for ever higher heights. If it is not restrained it will take over and we will become like Sodom. We must act to restrain it, in our own lives, in our government, and in our society. This is not being racist, homophobic, Islamophobic, or too conservative. It is being godly and righteous.

And we had better pray that he who restrains is not ‘taken out of the way’.