“who also said, “Men of Galilee, why do you stand gazing up into heaven? This same Jesus, who was taken up from you into heaven, will so come in like manner as you saw Him go into heaven.”– Acts 1:11

And it also has much to say about the Devil’s final rebellion and attempt to preempt God’s plan. It was revealed to Daniel the prophet that the final Gentile empire would be Rome and at the end of the age it would morph into a ten-kingdom confederacy, out of which 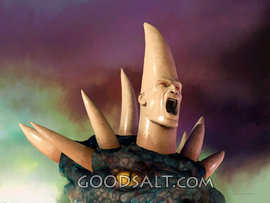 would rise a character patterned after the Devil’s idea of a model leader, the Antichrist.

The ten kings are pictured as horns and out of them comes another horn which will subdue three of the other kings. In Daniel 8 we find further description of this person’s character. He is full of pride and stops worship of the true God, even stopping the Temple worship.

“He even exalted himself as high as the Prince of the host; and by him the daily sacrifices were taken away, and the place of His sanctuary was cast down.” – Daniel 8:11

It is obvious from these descriptions that the Temple of God must be rebuilt in Jerusalem at this time. In Daniel 9, it is revealed that he makes a seven year treaty of some sort with the nation of Israel, during which the Temple is likely built and the sacrificial system reestablished. However, the treaty is short lived for he breaks it after 3 1/2 years. But, his attacks are not only against Jewish worship but also against the “saints of the most High”, which I believe translates to Christian persecution.

“Then he shall confirm a covenant with many for one week; But in the middle of the week He shall bring an end to sacrifice and offering.” – Daniel 9:27

I have studied these verses over the years and it still presents questions for me. It is obvious that Daniel’s “little horn” is the same person as the 1st beast of Revelation 13 but what actions will identify him when he appears? What are the ‘pompous’ words he speaks against the Most High? The Aramaic word used here is translated a ‘word, utterance, command’ and they are spoken against God. Perhaps an examination of historically recent 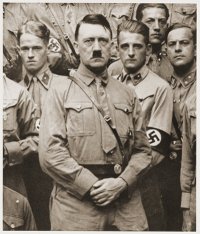 world leaders will give us some clues.

One that comes to my mind is Hitler, leader of Germany. Here are some facts about him:

For these reasons and many more, many Christians in the late 30’s and 40’s believed he was the Antichrist and that the Messiah would soon come. We now know he was not but, he was certainly a type. Today we have many rulers vying for the title and they all persecute true believers in the Bible, both Jews and Christians. Following is a partial list of the actions of one of them who is well known to us. 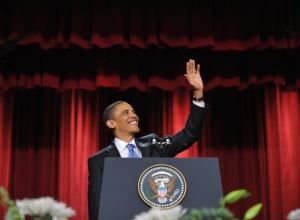 Of course, I am referring to Barack Hussein Obama, the most anti-Christian president the United States has ever had. And the above is just a sample of his presidential actions. They have occurred without fanfare because a liberal press mostly agrees with him. As long as the people get their government provisions on time most of the publicly educated in this country don’t seem to mind. As I list these factual statements and actions, I am not inferring that President Obama is the beast of Revelation, only that his words and actions may portray the way in which the beast will act.

These are just a few actions taken by our current President (This article was written in April, 2016) that give us a clue about what the Daniel passage is talking about. Daniel also reveals the beast also shall intend to change times and law. This phrase has many interpretations but the purpose is clear, these actions will help him ‘subdue the saints’ at least for a short time. 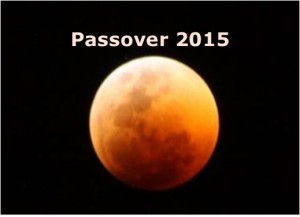 Ancient Jewish and Christian sources understood the phrase ‘times and law’ to represent God’s ordained festivals and feasts. Daniel earlier attributes to God the power to change ‘times and season’ –

“Blessed be the name of God forever and ever, For wisdom and might are His. And He changes the times and the seasons; He removes kings and raises up kings; He gives wisdom to the wise And knowledge to those who have understanding.” – Daniel 2:20, 21

As we look at this phrase in modern context it may also have other implications such as redefining ‘times’ in a way that relegates ancient man to ‘caveman’ status thus minimizing his Biblical foundations and concepts making them mere superstition. The Antichrist will deceive men into substituting man’s concepts of law for God’s law or even nature’s law.

There is also another possibility of meaning. David gives another explanation of ‘times’ –

The Antichrist will attempt to make men believe their ‘times’, or life, is in his hands thus making him to be God.

All of these actions are designed to persecute, or wear down, the saints of God until they can be subdued. Persecution usually begins gradually and then increases as the persecutor gains power and history clearly illustrates this principle. Hitler is a recent example.

The Persecutor usually begins as a benevolent benefactor who solves a major problem for the people which is often financial in nature. As long as the people are having their needs met, little attention is given as to how the Persecutor meets the needs, only that they are met. As his popularity increases with the people so does his power. It is often over-looked that what is given to some has been taken from someone else. He also makes full use of man’s tendency to blame others for their own failings so, he always provides a scapegoat. Obama also models this tendency as he continually blamed former President Bush for his own financial failures. Eventually the use of scapegoats develops into full-scale persecution. Since Satan is the driving force behind all persecution, the most likely targets of persecution are God’s representatives on earth, Jews and Christians.

I believe President Obama is a type of the Antichrist who is to come and so, I believe according to Daniel 7:25, we will experience increased persecution in the near future.

Eventually, the real beast of Revelation 13 will come and “It was granted to him to make war with the saints and to overcome them. And authority was given him over every tribe, tongue, and nation.” – Rev. 13:7. Daniel revealed that the saints will be given into his hand a time and times and half a time, or 3 and ½ years, which likely occurs at the last half of the 7 year peace treaty he makes with Israel.

But, we who believe in Christ Jesus should not be overcome with fear for it says of us:

“And they overcame him by the blood of the Lamb and by the word of their testimony, and they did not love their lives to the death.” – Rev. 12:11

And we should remember what Jesus promised those who kept His word, and have not denied His name in the church of Philadelphia –