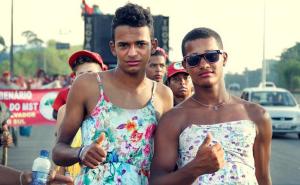 The concept of Transgender ism is much in the news today but what does God say about it? Jesus answers this question with a finality that should display the falseness of this concept.

“And He answered and said to them, “Have you not read that He who made them at the beginning ‘made them male and female, and said, ‘For this reason a man shall leave his father and mother and be joined to his wife, and the two shall become one flesh’? So then, they are no longer two but one flesh. Therefore what God has joined together, let not man separate.” – Matt. 19:4-6

God made them male and female, just two genders. And He joined them together in marriage so they could produce ‘godly seed’ (Malachi 2:15). And implicit in this this teaching is the idea that man messes with this arrangement to his own peril!

God created man and woman in His own likeness and image, having a spirit, a soul, and a body and an ability to procreate another human being, another ‘godly seed’. God carefully watches over that godly seed from the moment of conception until its birth and after. 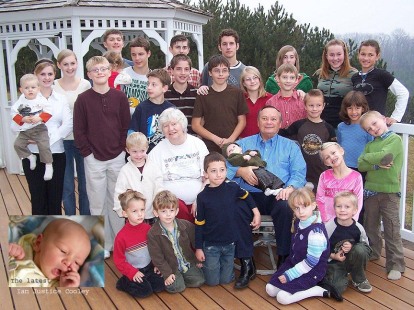 Children, the Blessing of the Lord

“For You formed my inward parts; You covered me in my mother’s womb. I will praise You, for I am fearfully and wonderfully made; Marvelous are Your works, And that my soul knows very well. My frame was not hidden from You, When I was made in secret, And skillfully wrought in the lowest parts of the earth. Your eyes saw my substance, being yet unformed. And in Your book they all were written, The days fashioned for me, When as yet there were none of them. How precious also are Your thoughts to me, O God! How great is the sum of them!” – Psalm 139:13-17

These verses include a baby in the womb as well as after it is born. God even writes in a book his plans for each one for their lives. Jesus warned us not to despise one of these little ones and committing abortion on them would certainly qualify as ‘despising them‘.

“Take heed that you do not despise one of these little ones, for I say to you that in heaven their angels always see the face of My Father who is in heaven.” – Matt. 18:10

Jesus also warned us against offending them –

“It would be better for him if a millstone were hung around his neck, and he were thrown into the sea, than that he should offend one of these little ones.” – Luke 17:2 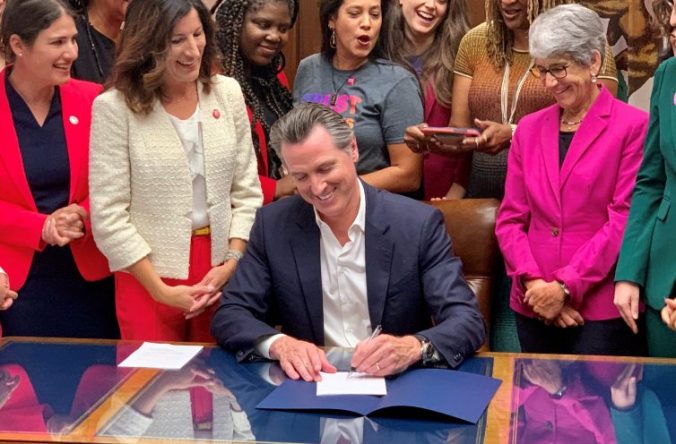 Yet for all this clear teaching of Jesus, Democrats still support wholeheartedly the abortion business. Gov. Newsom of California just signed into law a bill forcing California colleges to offer abortions to their students. No one can still vote Democrat and claim to be a follower of Jesus.

Thankfully some States are beginning to curtail abortion. And the state of Alabama just passed an anti-abortion law that is sweeping. I pray that people return to God and begin doing what He wants for these little lifes in the womb. 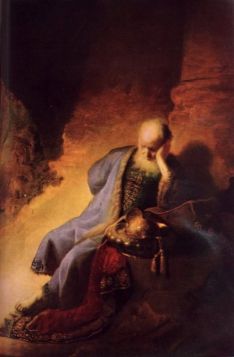 Holy Scriptures are full of teaching about the preciousness of life and its purpose. God spoke to the prophet Jeremiah these words –

“Before I formed you in the womb I knew you; Before you were born I sanctified you; I ordained you a prophet to the nations.” – Jer. 1:5

What if Jeremiah’s mother had aborted him for convenience sake? She would have not only destroyed an innocent life but, she would have also been standing against God and His plans.

“For I know the thoughts that I think toward you, says the LORD, thoughts of peace and not of evil, to give you a future and a hope.” – Jer. 29:11

While God spoke these words concerning Israel, they are true for every person formed in the womb that comes into life. God watches over us from the womb, through birth, and afterwards.

“The LORD looks down from heaven upon the children of men, To see if there are any who understand, who seek God.” – Psalm 14:2 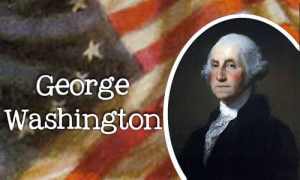 Our first President, George Washington, expressed his thankfulness to God for this watching over of each person in the establishment of our nation, in his first inaugural address.

“In tendering this homage to the Great Author of every public and private good I assure myself that it expresses your sentiments not less than my own; nor those of my fellow-citizens at large, less than either. No People can be bound to acknowledge and adore the invisible hand, which conducts the Affairs of men more than the People of the United States. Every step, by which they have advanced to the character of an independent nation, seems to have been distinguished by some token of providential agency.”

He and our forefathers were thankful to God and it is the reason the United States has been blessed so abundantly. Who would want to damage this relationship? The answer is the Devil, because he hates God and anything God loves, he hates. God watches over babies in the womb and so he seeks to destroy them by abortion. God looks for those who will seek Him so, Satan seeks to deceive them turning them away from seeking God. God loves this nation and how it was formed, so Satan and his emissaries seek to tear down this nation and its history. (See George Soros in The Grey between Light and Dark is Disappearing.)

This battle has been going on since our founding but, it is reaching a climax. As God sent His son Jesus to heal and bring salvation to man, so the devil is sending his son, the Antichrist, to destroy mankind. The Antichrist will destroy by perverting the Truth, God’s Truth, with lying wonders and unrighteous deceptions he will deceive even the elect. He will use their own lusts against them to lure them into denying the Truth.

The above picture of Governor Newsom signing the abortion bill and all the smiling faces looking on are some of the people this verse is talking about – it has come.

The ground is shifting. God has given mankind 2000 years to know the Truth but, that time is about over. Soon we will all have to answer for the choices we have made in life. The Day of Atonement is the sixth of the Lord’s Feasts and it has just happened to remind us get right with God before the Final Day of Atonement happens when God opens the Books in Heaven to judge our lives and the choices we have made. The seventh Feast of the Lord is Tabernacles, when God comes to dwell with mankind – it is coming soon. I pray we will all pass the Day of Atonement test that is coming.