Biggest Baptism in the world – Rwanda for Christ

While the spirit of Antichrist is doing its best to water down Christianity and deceive the world, the Holy Spirit is moving wherever hearts are open. In a movement of Rwandan Churches called
Total Member Involvement thousands of Christians are getting involved to lead others to Christ leading up to this baptismal service of over 100,000 new converts to Jesus Christ. Their message is simple: the certainty of judgment on sin, the soon return of Jesus Christ, and the forgiveness of sins through the blood of Jesus.

“Therefore we make it our aim, whether present or absent, to be well pleasing to Him. For we must all appear before the judgment seat of Christ, that each one may receive the things done in the body, according to what he has done, whether good or bad. Knowing, therefore, the terror of the Lord, we persuade men; but we are well known to God, and I also trust are well known in your consciences.” – 2 Cor. 5:9-11

“For the love of Christ compels us, because we judge thus: that if One died for all, then all died; and He died for all, that those who live should live no longer for themselves, but for Him who died for them and rose again. … Therefore, if anyone is in Christ, he is a new creation; old things have passed away; behold, all things have become new. … Now then, we are ambassadors for Christ, as though God were pleading through us: we implore you on Christ’s behalf, be reconciled to God. For He made Him who knew no sin to be sin for us, that we might become the righteousness of God in Him.” – 2 Cor. 5:14-21

This is the message of the hour – the soon coming of Christ. It is being preached in Iran also, as 1000’s of former Muslims are coming to the Lord Jesus. “This may come as a surprise to many, but Christianity is growing faster in the Islamic Republic of Iran than in any other country in the world. Tens of thousands in this overwhelmingly Muslim nation are abandoning the Islamic faith and turning to Jesus Christ.” – Believers Portal.

There even seems to be inroads into Hollywood as more and more actors are confessing Christianity. Actor John Rhys-Davies attended the 28th annual Movieguide Awards where he shared his thoughts on the impact Christianity has had on the world. “We owe Christianity the greatest debt of thanks that a generation can ever have and to slight it and to dismiss it as being irrelevant is the detritus of rather ill read minds, I think,”.

But, perhaps the greatest revival is taking place in China where even though the Chinese government has made it it’s aim to stamp out Christianity, the Chinese people are coming to faith in Jesus by the thousands. The underground church and revival meetings seem to be led by young people. We are seeing what last-days Christianity is really like.

Listen to the testimony of one American Christian after seeing this video.

This is true Christianity. This is how the early Christians practiced it. The Church has always grown the most during times of persecution. Because it’s the perfect opportunity for people to see the love of Christ in us. If you live in a free country and claim to be a Christian but are living easy, you need to reassess your faith. True Christianity is an offense to the world. True Christianity comes with persecution, hate..The Bible is clear. The world hates Christ. Does the world hate you? Our faith is not perfect health, wealth and God giving you everything you ever wanted. Most people are not cut out for the faith so I get why they are lukewarm. I am rebuking myself too. I have spent my life being a hypocrite and full of all kinds of wickedness. God have mercy on my wretched soul. – joashsmusic 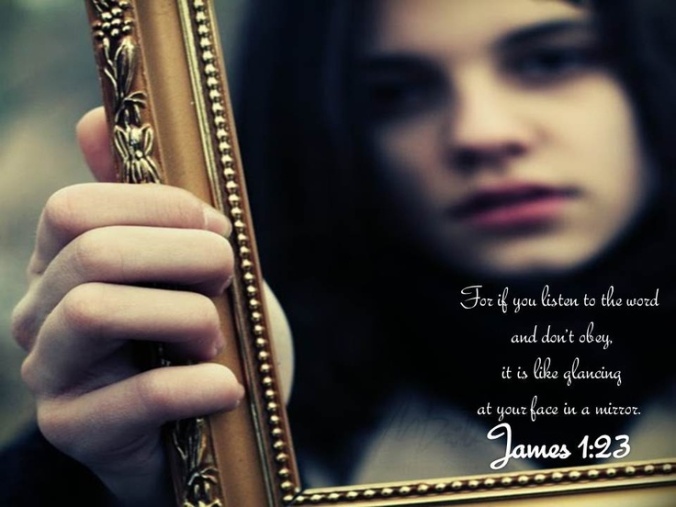 “Therefore lay aside all filthiness and overflow of wickedness, and receive with meekness the implanted word, which is able to save your souls. But be doers of the word, and not hearers only, deceiving yourselves. For if anyone is a hearer of the word and not a doer, he is like a man observing his natural face in a mirror; for he observes himself, goes away, and immediately forgets what kind of man he was. But he who looks into the perfect law of liberty and continues in it, and is not a forgetful hearer but a doer of the work, this one will be blessed in what he does.” – James 1:21-25

James also spoke of the last harvest and the latter rain (of the Holy Spirit) God pours out to ripen the grain before the harvest.

Is this the beginning of the latter rain? Are you praying for it?