I originally posted this article in February, 2015, a month before the 2015 Blood Red Moons occurred. Not much has changed on the political landscape, except the Democrat spin machine has grown even more divisive and bitter. I felt it was time to repost the article. 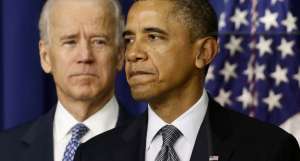 Woe to us! Another political election is nearing! As if we do not hear enough lies and disinformation from the news media already, now it is amplified by all the political maneuvering of Democrats and Republicans as they try to tell the most believable lies to the people to get their votes – lies which history proves they have little intention of keeping!

For example, immigration is portrayed as caring for poor Hispanic immigrants just looking for work when the closer truth is they are looking for a government handout. For every one worker there are a dozen welfare leaches (free medical care, free schooling, free social security benefits, etc.). The truth for the Democrats is they represent potential voters and the promise of eliminating the Republican Party as any kind of future rival. For the Republicans, they represent cheap work for the big business Republican mega-donors who care more about their pocketbooks than they do about the country. For those with socialist communistic values, like Barak Obama, (and the Democrats) they represent a source of social unrest to further their agenda of bringing this country down. The real truth is, few really care about the individual immigrant or they would tell them to obey civil law and God’s law – “If a man will not work, let him not eat” or “Most assuredly, I say to you, unless one is born of water and the Spirit, he cannot enter the kingdom of God.” 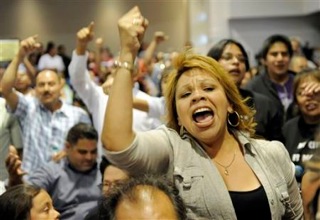 The Al Sharpton’s and Jesse Jackson’s of this country have made an industry of portraying illegals and blacks as downtrodden, such as the Ferguson “Gentle Giant”, by the powerful and rich when the truth is – they were often just law breakers! This inevitably is shown to be a Republican fault for being racist. But, the truth is – it was Republicans that fought and died to eliminate slavery in this country while Democrats fought to maintain it. And it was Republicans who passed the Civil Rights Bill, while Democrats fought against it! Yet somehow the socialistic news media always seems to paint it as the conservative Republican’s fault.

The Bible, which is the word of God, forecasts this as happening–

“None calleth for justice, nor any pleadeth for truth: they trust in vanity, and speak lies; they conceive mischief, and bring forth iniquity.” – Isaiah 59:4

“So truth fails, and he who departs from evil makes himself a prey. Then the LORD saw it, and it displeased Him that there was no justice.” – Isaiah 59:15

So how was this condition allowed? I believe there are several answers to this question:

The false church is here, delighting in her fornication (adultery with the world) and it is not telling the truth of what it takes to follow Jesus the Messiah – 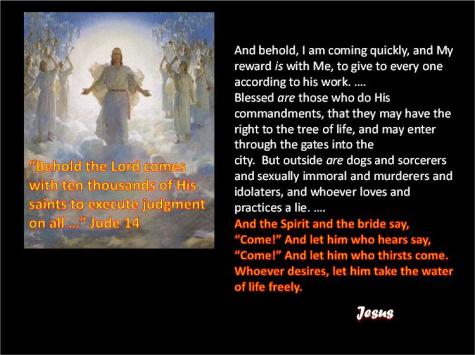 If you willfully disobey His commandments and still think you are a Christian, the word of God says you are a liar and all liars are going to end in hell.

God has given us the way to salvation, but we must choose to take it – repentance and obedience to His commandments. In true repentance, the shed blood of Jesus, the Lamb of God, will cleanse us but then we must walk in obedience – repenting every time we fail.