Isaiah declares something we need to think about in our day.

Why does he say “Woe” to them? Because he knows the Fear of the Lord. He goes on to describe their fate –

“Therefore, as the fire devours the stubble, And the flame consumes the chaff, So their root will be as rottenness, And their blossom will ascend like dust; Because they have rejected the law of the LORD of hosts, And despised the word of the Holy One of Israel.” – Isa. 5:24

Their fate involves the flames of hell. They are rejecting the only One who can save them. They are the people Paul writes about who are under the deception of the ‘lawless one’ –

This is just one more sign that we are nearing the end when an entire political party is taken over by leftists, godless, anti-American leaders. The Democrat Party is no longer American in values, no longer believing in the Constitution of the Republic. They seek to deny the 1st and the 2nd Amendments and they deny God a place in their Platform, even booing Him when it was suggested. And they allowed the following video by the Freedom From Religion Foundation to be run during prime times during their convention, as Charlie Kirk tweeted –

This is the left

They booed God at their convention

They want to defund churches that don't support their progressive views

RT if you're disgusted with this Godless party pic.twitter.com/ycyprA0JVv

They allow such atheist groups as The Freedom From Religion Foundation to be their spokesman and in recent years, the Freedom From Religion Foundation has become well-known for its efforts to stop religious activities or remove expressions of religion from public institutions with the help of left-leaning Judges appointed by Clinton, Bush, and Obama. The FFRF has been involved in legal actions to end prayers at high school graduations and football games, remove Bible verses at local school events, and ban similar expressions of faith.

“Such legal action is typically based on what the Freedom From Religion Foundation calls the Jeffersonian “wall of separation between church and state.” Of course, the idea of separation of church and state is actually not part of the U. S. Constitution. Rather, the First Amendment to the Constitution states that “Congress shall make no law respecting an establishment of religion or prohibiting the free exercise thereof.” This limits Congress from passing certain laws, but it also ensures the religious freedom of U. S. citizens. The Bill of Rights seems to be in direct opposition to the mission of the Freedom From Religion Foundation, emphasizing as it does freedom “of” religion rather than freedom “from” religion.” (Taken from What is the Freedom From Religion Foundation (FFRF)?)

Democrats heavily support Planned Parenthood and the killing of innocent babies. The leader of the Democrat controlled House is famous for trashing Pro-Life people saying “They Pray on Sunday and Prey on People the Rest of the Week” She claims to be doing God’s work but she is sponsoring the devil’s work. Just look at what she tried to do with the Corona Virus Stimulus Bill.

Now I know this sounds like I’m bashing the Democrat Party, and I am because they have given in to Communists, Atheists, and the lawless in their Party. I’m sure there are many

God-fearing Democrats who are disturbed about this and I encourage them to leave the Party. But, I am also against Republicans who claim to care about God and the country but embrace and march with the lawless Black Lives Matter crowd, such as Senator Mitt Romney.

Now, the one entity that could stop this darkness from spreading across the land and the peoples has been largely silent, shut up inside its walls, so to speak. I’m speaking about the Church, who alone has the light that can dispel the darkness. The Apostle Paul wrote –

“But you, brethren, are not in darkness, so that this Day should overtake you as a thief. You are all sons of light and sons of the day. We are not of the night nor of darkness.” – 1 Thes. 5:4, 5

We belong to Jesus who said “I am the way, the truth, and the life.” But, to get the LIFE, we have to follow the WAY, and speak the TRUTH! The truth as God sees it, not as those following the humanist reasoning of the day see it. That truth involves the sanctity of life, so we cannot be blessing abortion clinics and allowing those who work for abortion to be in the Church. The truth also involves the sanctity of marriage so, we cannot be putting a stamp of approval on ‘no-fault’ divorce. That truth also includes acknowledgment that God is the Creator so we cannot be supporting Atheists, Communists, or so-called Progressives, all of whom follow the doctrine of evolution which denies God as Creator. Nor can we allow homosexuals or those pushing transgenderism for God created Man and Woman (just 2 genders) and brought the woman to the man to become one in marriage. This truth would also eliminate those who would alter our DNA structures to make ‘a better man’ as they say. Otherwise, we will fall into the trap of the 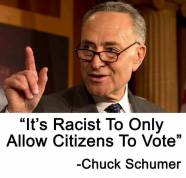 Nephilim of Noah’s Day. To walk in the Light as Paul wrote, we must also purge out lying and speak the truth, even if it is to our hurt. Scripture declares that no liar will inherit the kingdom of God. This truth alone will eliminate most politicians of the day and much of the media as well. Jesus said My house shall be a house of prayer and it is also a house of truth.

There are many churches today, then there is the Church over which Jesus is the Head and truth is taught, the truth as God speaks it. Many churches are big, called mega-churches, but their message is God is all forgiving, all loving, and He will overlook your sins. Well, God is all forgiving and He is all loving but, He will not overlook your sins! In His Church, there is a message of repentance. God’s standards are preached and upheld. It is we who must repent and change our lives because God says “I am God and I change not!” This is the Church that has the Light that can overcome the darkness encroaching on our land. It may be small in number but, it will not be contained within it’s walls. When government demands it to stop singing, or to stop having Bible studies, or to mask it’s mouth, it will break forth in joyous acclamation of God’s power and glory. It will call evil, evil and it will call good, good and it will shine the light on the darkness. Don’t you want to be in such a Church?