First Inaugural Address
In the City of New York

“it would be peculiarly improper to omit in this first official act my fervent supplications to that Almighty Being who rules over the universe, who presides in the councils of nations, and whose providential aids can supply every human defect, that His benediction may consecrate to the liberties and happiness of the people of the United States a Government instituted by themselves for these essential purposes, and may enable every instrument employed in its administration to execute with success the functions allotted to his charge. In tendering this homage to the Great Author of every public and private good, I assure myself that it expresses your sentiments not less than my own, nor those of my fellow-citizens at large less than either. No people can be bound to acknowledge and adore the Invisible Hand which conducts the affairs of men more than those of the United States. Every step by which they have advanced to the character of an independent nation seems to have been distinguished by some token of providential agency … since we ought to be no less persuaded that the propitious smiles of Heaven can never be expected on a nation that disregards the eternal rules of order and right which Heaven itself has ordained; and since the preservation of the sacred fire of liberty and the destiny of the republican model of government are justly considered, perhaps, as deeply, as finally, staked on the experiment entrusted to the hands of the American people.” 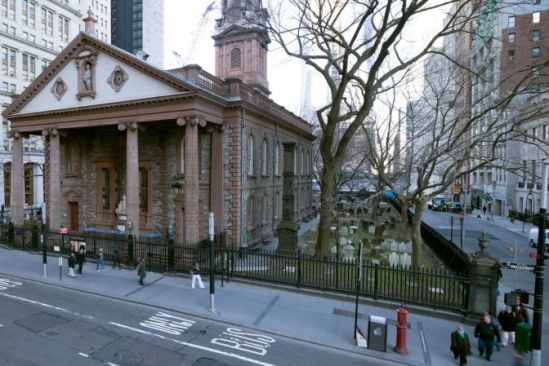 As our first President took the oath of office and gave his first inaugural address he thanked God for bringing this country into existence and acknowledged the covenant that America had with God Almighty. Then he and House of Representatives and the Senate walked several blocks to the Chapel of Saint John to further pray for God’s blessings on the new country. The United States of America began with a dedication to Almighty God. 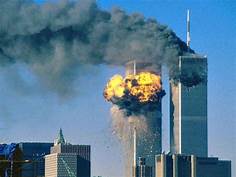 That small Chapel of dedication was and is yet located on the corner of Ground Zero. In fact at the time of the dedication the Chapel of Saint John had a field that extended from its cemetery. Many years later the Twin Towers of 9/11 were built on that very field. A Sycamore tree was planted also just in front of the cemetery and during the attack of 9/11 steel beams from the towers flew through the air cutting down that very Sycamore tree thus shielding the little stone chapel from destruction.

As our country sought to recover from that devastating attack no less than three of our nation’s leaders, the then leader of the Senate, Tom Daschle, the President and a Vice Presidential candidate made prideful and arrogant statements about how we would rebuild and overcome our enemies. The Biblical verse they chose to quote was Isaiah 9:10 –

Little did they realize these very words were God’s pronouncement of judgment on a nation that had turned away from Him. Isaiah 9:9 says –

“The Lord sent a word against Jacob, and it has fallen on Israel. All the people will know–Ephraim and the inhabitant of Samaria–Who say in pride and arrogance of heart:”

But our country did not turn in repentance and humility to the LORD. Oh, for a few weeks people began attending churches again but, that was short lived and there was no national call to humility and repentance before God Almighty. Instead three years later a large Cedar tree was planted in the hole left by the Sycamore tree amidst a grand ceremony at which the Governor of New York made grand statements about rebuilding. The roots of the Sycamore tree had been made into a bronze sculpture and placed at the head of Wall Street as a memorial of our national resolve to grow stronger in spite of the attack.

The ‘movers and shakers’ that led our country did not realize that Isaiah had warned that without repentance we would be visited again in seven years with more judgment. In exactly seven years from 9/11 in 2008 Wall Street was hit with the largest stock crash in our history. Isn’t it odd that they had placed the bronze roots of the Sycamore tree, the metal of Biblical judgment, at the corner of Wall Street?

There is no doubt that our country began on a covenant basis with Almighty God and there was no doubt in George Washington’s mind that our blessings would continue as long as we obeyed God’s eternal rules set down in Holy Scripture.

But we have rejected those ‘eternal rules’, thumbed our nose at God and shut Him out of our national life. As a result our ‘hedge of protection’ has been removed. What Washington and our first leaders knew as

is no longer available to us. We have only judgments to look forward to, whether they be political, natural, or financial in nature. The next seven year period will arrive in 2015-2016 and there is only one way to forestall it – national repentance! 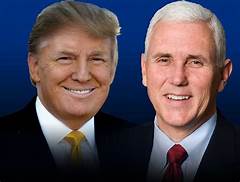 God did have mercy on us by giving us Donald Trump as President and Mike Pence as Vice President in 2016. However, President Trump has faced one battle after another in his first 4 years as he tries to fulfill his promise to ‘Drain the Swamp’. Even so, he has done a remarkable job; with the economy, the military, foreign relations, the Judicial system of The United States, and the Covid19 virus attack. But, his actions have also served to bring the snakes out of the grass of the swamp and there is much yet to be done. What few have realized is that this is a spiritual battle and it will take strong Christian believers to bind the ‘strong’ men and cast out the demons that are controlling those that hate God.

America’s Christians could greatly aid in the solution to this problem by obeying Second Chronicles 7, verse 14 –

“If My people who are called by My name will humble themselves, and pray and seek My face, and turn from their wicked ways, then I will hear from heaven, and will forgive their sin and heal their land.”

This election cycle will be our greatest chance to effect this change if we will demand that our leaders humble themselves before Almighty God in public repentance for leaving Him in the first place. We cannot vote for those who willfully disobey God’s will, such as abortion, homosexuality, etc. If we do not stand united against clear issues such as these mentioned and make it clear to Democrats, Republicans, and Independents alike this election – then we will have lost America forever and we will have to one day stand before Almighty God and try to explain why we were for someone He was against.