“Awake, my soul! Awake, harp and lyre! I will awaken the dawn. I will praise you, Lord, among the nations; I will sing of you among the peoples. For great is your love, reaching to the heavens; your faithfulness reaches to the skies. Be exalted, O God, above the heavens; let your glory be over all the earth.” – Psalm 57:8-11 NIV

David commands his soul (mind and heart) to AWAKE! It is possible to take the blessings of the Lord for granted, to forget who it is that gives us the power to become wealthy and prosperous. Moses commanded the people –

“And you shall remember the LORD your God, for it is He who gives you power to get wealth, that He may establish His covenant which He swore to your fathers, as it is this day.” – Deu. 8:13

Even the poorest among us is rich compared to most of the world. But, Material things have the power to make us forget our source of blessings, which is God Almighty. Even when sickness strikes us, we can be thankful that we have the best medical system in the world so it is possible to forget that God alone is our Healer. So David writes, AWAKE MY SOUL! This word ‘soul’ used in the NIV version is translated ‘glory’ in other versions. Why? Well, I believe the soul of man is his glory. You remember when God created Adam, he was laid out on the ground, every organ, every cell in place, only lifeless. Until God breathed a spirit into him. 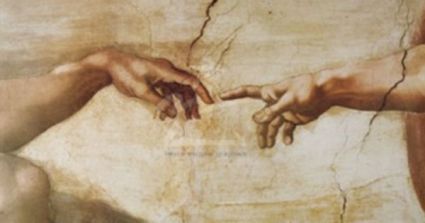 When the spirit joined with the flesh, Adam became a living soul. The soul of man came from the Spirit God breathed into him. Man’s soul became his glory that God gave him. The soul of man naturally wants to reflect the glory of God, so what happened to man? Sin happened and man fell from the Grace God had given him. So, man’s soul does not naturally want to reflect the gory of God any longer. It is like man’s soul is asleep from its true purpose. So, David is commanding his soul to awake! And once again praise the Lord for his blessings and His love.

The call of the Lord and the Holy Spirit today is to AWAKE! As long as we sleep in sin, we will hate God and His commandments. And we will be missing the true glory that was ordained for us in the beginning – to be like God, His children. The Apostle Paul warns about the end of all those sleeping souls; lesbians, homosexuals, and those who do not like to retain God in their knowledge, that they will given over to a debased mind to do those things which are not fitting being filled with all wickedness. He concludes by saying

This includes most of the social media, Hollywood, most of politics, including Republicans and Democrats and many in the Church. Even if they are not personally doing these things then they are “approving those who practice them.” The Democrat Party has become the ‘spokesman’ for these kinds of sinful actions. And if you vote for them, you among those who ‘approve of those who practice them’. What happens to individuals caught in this cycle of sin also happens to nations.

But, I have good news: Jesus died for your sins and He rose again from the dead that whoever believes in Him should not perish but, have everlasting life. Jesus preached, “Repent, for the kingdom of heaven is at hand.” Repent, turn around and obey God’s commands. Just like David sang, “Awake, my soul!” Hear the word of the Lord –

2 thoughts on “Awake my Soul!”