We should praise the Lord for he is opening our eyes to be able to see the “mystery of lawlessness” at work in our country. The Apostle Paul writes about this in 2 Thessalonians chapter 2. This spirit is called a mystery because it likes to remain hidden as it spreads its rebellion against God and the people. It is another name for the “spirit of Antichrist” which opposes everything God wants to do. It has been at work for a long time but now, toward the end, it is being revealed.

Paul goes on to explain how this evil spirit comes –

“The coming of the lawless one is according to the working of Satan, with all power, signs, and lying wonders, and with all unrighteous deception among those who perish, because they did not receive the love of the truth, that they might be saved. And for this reason God will send them strong delusion, that they should believe the lie, that they all may be condemned who did not believe the truth but had pleasure in unrighteousness.“ – 2 Thes. 2:9-12

Does this spirit affect the Church? You bet he does. He is against anything that is for whatever God wants! That is why Jesus told the parable of the wheat and the tares and of the sheep and the goats. The tares are in the Church right until the end when Jesus will send forth His angels to separate them out. And what is the determining issue that determines whether one is wheat or a tare? It is having a love for the truth! Some versions of the Bible interpret “did not receive the love of the truth” as “did not receive the love of Jesus” because Jesus is the truth, the way, and the life.

Now, the Holy Spirit is allowing us to see this mystery spirit at work as we have a government taken over by fraud and deceit and they are not ashamed of it. The Democrat controlled House just passed what they called the Equality Act which is not promoting 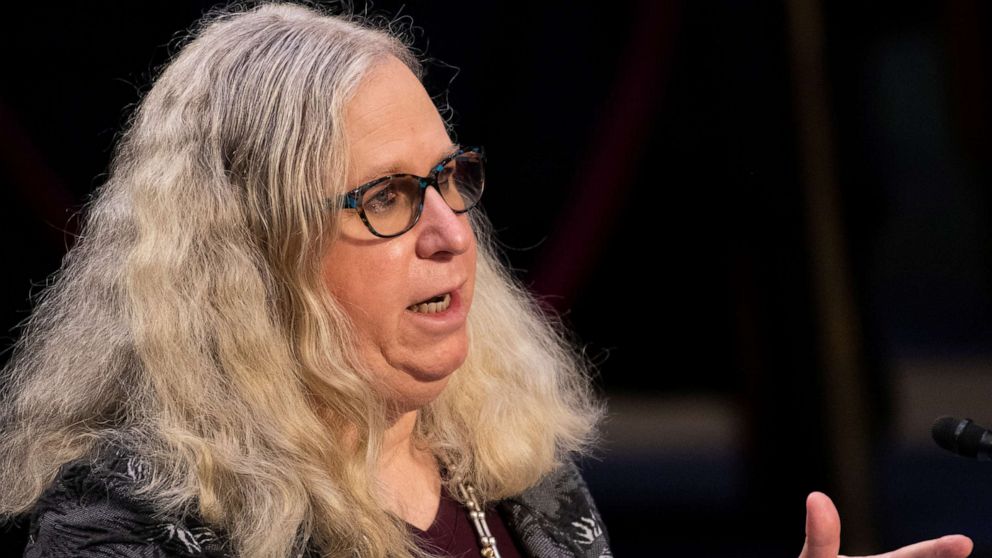 equality at all. It is taking the First Amendment rights away from Christian organizations that want to preach what the Bible has to say about moral issues. “The measure would extend the protections of the Civil Rights Act to LGBTQ Americans to block discrimination based on gender identity and sexual orientation.” Usurper Joe Biden has even nominated a transgender person to the Department of Health.

“At a historic hearing Thursday, Dr. Rachel Levine, President Joe Biden’s nominee for assistant secretary of health at the Department of Health and Human Services, and the first openly transgender person nominated for federal office, told lawmakers she would fight to improve health care access for all Americans if confirmed and deflected inflammatory questions from a GOP senator who likened transgender surgery to “genital mutilation.””

In his first day in office Joe Biden signed away 100,000’s of lives of babies with the stroke of a pen as he signed Executive Orders promoting abortion around the world. No normal human being would do this unless he is driven by the spirit of lawlessness! As social media giants, such as Twitter, Facebook, and Amazon, silence the voices of conservatives and Christians and yet receive immunity from lawsuits by our government and Hollywood spreads immorality around the world encouraging the child sex trade, and lawless groups like BLM and ANTIFA riot and burn and then are released from jail by corrupt District Attorneys that have been bought off by George Soros, we are seeing the spirit of lawlessness at work! But how did this spirit gain such strength in our God fearing country? The answer is – we are not a God fearing country. The blame lies directly on the churches of America who have failed to teach the truth and preach against sin and all for the sake of money and numbers.

The Episcopal Church has failed to uphold the truth by giving in to the LGBTQ lobby and appointing gay Bishops to their leadership. They also have gone against the Pauline Principle, “I do not permit a woman to teach or to have authority over a man”. And they have embraced abortion, which is child sacrifice. The Presbyterian Church has done the same thing as well as the Lutheran church.

Many a Black Baptist church is also guilty of the same offences because they voted for the Democrat people who put such practices into effect! And the Assembly of God Church, who used to have a policy of not marrying a divorced person, also has caved in to their ‘divorce lobby’ and now will marry divorced people as many times as they wish, even though God says in His word “I hate divorce!” (Mal. 2:16).

This is just the tip of the iceberg, so to speak, of the failure of the Church in America to stand up for the TRUTH revealed in the Scriptures. As our country was hit with the Chinese virus, many churches closed their doors for payment from the government! At a time when they should be a refuge from the storm, they ran and hid and gave in to unconstitutional restrictions, even though Scriptures say “not forsaking the assembling of ourselves together, as is the manner of some, but exhorting one another, and so much the more as you see the Day approaching.” (Heb. 10:25). They were afraid of the virus even though God says “they will lay hands on the sick, and they will recover.” This is the New Testament word to the Church –

“Is anyone among you sick? Let him call for the elders of the church, and let them pray over him, anointing him with oil in the name of the Lord. And the prayer of faith will save the sick, and the Lord will raise him up. And if he has committed sins, he will be forgiven. Confess your trespasses to one another, and pray for one another, that you may be healed. The effective, fervent prayer of a righteous man avails much.” – James 5:14-16

You ask, “how can this evil come on America?” You don’t have to look any further than the Church in America. You are the sheep of the Lord but you need to get under some good shepherds that will not run when the wolves come! Get yourself into a Church where the Word of God is preached, all of it. A Church where the anointing of the Holy Spirit is moving and that preaches against sin and for holiness to the Lord.

Now to those who are not sure you are saved, I will give you the same message Jesus gave, “Repent for the kingdom of heaven is near.” There is still time to receive forgiveness but, the time is drawing to a close, so act now while there is time. In my last blog, God is Speaking in Signs, I shared how close we are to the Lord’s return. God is calling now, so don’t miss it.

2 thoughts on “The Mystery of Lawlessness”