When the disciples asked Jesus saying, “Tell us, when will these things be? And what will be the sign of your coming, and of the end of the age?” The very first thing Jesus told them was “Take heed that no one deceives you. For many will come in My name, saying, ‘I am the Christ,’ and deceive many. And you will hear of wars and rumors of wars. See that you are not troubled; for all these things must come to pass, but the end is not yet. For  nation (ethnos) will rise against nation, and kingdom against kingdom. And there will be famines, pestilences, and earthquakes in various places. All these are the beginning of sorrows (odin).”

Men have wondered about these words since that time. History is certainly filled with “wars and rumors of wars” in fact there have only been a few years of total peace, something like 3-5, in 2021 years without wars somewhere on earth. And there have been many so-called ‘saviors’ that have come and gone as well; in our time we have heard of Hitler, Stalin, Máo Zédōng to name a few. The word used for nations is ethnos which means race and there has certainly been a lot of racial tensions since that time. Then Jesus referred to famines, pestilences, and earthquakes of which there have been many over the years. All these things have occurred and are occurring even now so, how do we use them as indications of the timing of the ‘end of the age’? The key is given in the last statement; “All these are the beginning of sorrows”. The word used for sorrows is odin, which means ‘birth pangs’. Later in His teaching, Jesus referred to the fig tree saying, “Now learn this parable from the fig tree: When its branch has already become tender and puts forth leaves, you know that summer is near. So you also, when you see all these things, you know that it is near – at the doors!“ As the fig tree is a symbol of Israel, we know Jesus was talking about Israel being in birth pangs. The prophet Micah also makes reference to this –

“Therefore will he give them up, until the time that she which travaileth hath brought forth: then the remnant of his brethren shall return unto the children of Israel.” – Micah 5:3

“But thou, Bethlehem Ephratah, though thou be little among the thousands of Judah, yet out of thee shall he come forth unto me that is to be ruler in Israel; whose goings forth have been from of old, from everlasting.” – Micah 5:2 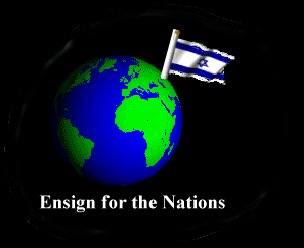 And when Jesus came, Israel rejected Him and crucified Him, therefor God gave them up until the time Israel travails to give birth. We now have the key to the beginning of end of the age – Israel! So, we must watch Israel. she was partially  reestablished in 1948, took back Jerusalem in 1967, and Jerusalem was proclaimed Israel’s capital by a world leader, President Trump, in 2017. In 2017 God gave a sign in the heavens. The revelation 12 sign of the woman was fulfilled for the first time in 7000 years.

“Now a great sign appeared in heaven: a woman clothed with the sun, with the moon under her feet, and on her head a garland of twelve stars. Then being with child, she cried out in labor and in pain to give birth.” – Rev. 12:1, 2 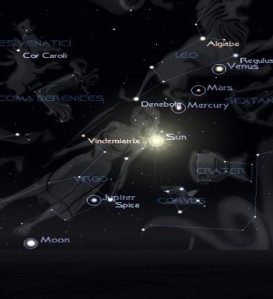 Those familiar with Biblical prophesy watched in wonder as the Constellation Virgo was crowned with the 9 stars of the Constellation Leo and 3 wandering stars (Planets), with the Sun at her head and the Moon at her feet, and the Planet Jupiter leaving it’s position in Virgo’s womb where it had been in retrograde for 42 weeks minus a day (the exact time of a human gestation period), on September 23, 2017. You can read more on this in my article Virgo Note 1. God has often used signs in the heavens to signal changes in Israel, such as the Star that led the wise men to Bethlehem. Could this Revelation 12 sign be such a moment? Since 2017 some 20,000 young people in Israel have accepted Jesus as their Messiah.

Remember Jesus said these things would be the beginning of sorrows (birth pangs). As a father of eight children, I know from watching my wife that birth pangs increase their time and severity toward the end. Famines have always been with us but they are increasing. The UN predicts famine in ‘2021 going to be catastrophic,’ UN warned it faces worst crises in its history. NBC News writes, Worldwide Surge in ‘Great’ Earthquakes Seen in Past 10 Years.

Pestilences are now upon the entire world in the form of the Chinese virus. And the globalist are using it to shut down freedoms of individuals, and shutting down economies around the world through fear. The so-called vaccine passports being talked about will put us in exactly the condition talked about in the Book of Revelation.

“He causes all, both small and great, rich and poor, free and slave, to receive a mark on their right hand or on their foreheads, and that no one may buy or sell except one who has the mark or the name of the beast, or the number of his name.” – Rev. 13:16-17

All these things are certainly signs of the beginning of the birth pangs. So what will come next? Jesus said, “Then they will deliver you up to tribulation and kill you and you will be hated by all nations for My name’s sake.” No one likes to think about this but, persecution is here now; in the Mideast, in Africa, in China, and it is beginning in the West as well. Luke adds, “You will be betrayed even by parents and brothers, relatives and friends,”. Matthew adds, “many will be offended and will betray one another”. This is common among Muslims who turn to Christ but, I wonder if there will be another cause as well? Have you noticed how quickly people are giving in to the “Mask Mandates” and the vaccines? If you don’t wear a mask, people get angry with you, even though they do no good in protecting you against the virus. They don’t achieve ‘herd immunity’ but they do achieve ‘herd control‘! The News media has successfully brainwashed the people to receive a vaccine, that is not a vaccine, even though many eminently qualified Doctors have warned about the dangers of the vaccines currently available. Government is now talking about a vaccine passport that will take away your freedoms without the vaccine.

To my surprise, Israel, a nation that should be well acquainted with fascist practices that take away freedoms, has enacted the vaccine passport and is denying people to travel or even shop for food without the passport. Some are comparing it to the yellow stars Germany forced the Jews to wear. It is certainly a step toward the mark of the Beast of Revelation 12.

Much more could be written about this topic but, this article is becoming too long. Perhaps I’ll finish in another article. I believe the beginning of birth pangs is here. There is more to come but, I will finish with Luke’s admonition –

“Now when these things begin to happen, look up and lift up your heads, because your redemption draws near.” (Luke 21:28)