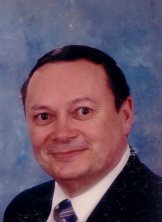 In 2010, I wrote a book, that I never published because of several reasons but, I felt I should introduce it here on my blog. Remember, the chapters of this book were written in 2010 and 2011. I will begin with the Introduction –

This book is a compilation of articles written and messages given in the past year and a half. My desire was and is to get America to wake up to the mortal danger she is in of losing her call in the Lord.

King David wrote, “Blessed is the nation whose God is the Lord. The people He has chosen as His own inheritance.” – Psalm 33:12. As a nation we have proven the accuracy of this truth as our early history clearly proves. Our founding fathers understood this principle as Noah Webster wrote in the preface to his famous dictionary – 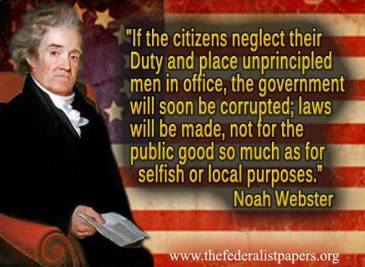 “In my view, the Christian religion is the most important and one of the first things in which all children, under a free government ought to be instructed … No truth is more evident to my mind than that the Christian religion must be the basis of any government intended to secure the rights and privileges of a free people.” – Preface by Noah Webster in his 1828 Dictionary.

Our colleges and universities were originally founded to promote this principle as well, as the Harvard Rules and Precepts states –

“The main end of the scholar’s life and studies is to know God and Jesus Christ which is eternal life. Therefore, to lay Christ in the bottom is the only foundation of all sound knowledge and harmony.” – Harvard Rules and Precepts, 1638

As long as we adhered to these sentiments, we did indeed prosper in every arena of human endeavor. We became that “city on a hill” that Puritan John Winthrop preached about. However, in the 50’s we began the downward slide away from God. By the 60’s we had declared God was not important enough to remain in our schools, preferring instead the doctrine of ‘pluralism’, which is just another name for idolatry, and was quickly followed by the concept of ‘Separation of Church and State’ which was falsely attributed to our founding fathers intents. Soon we were removing God’s Ten Commandments from public places and even baring students from praying in school. This has been followed by a host of evils all resulting in the destruction of our foundational principles.

Once these principles were relegated to the ash heap, so to speak, the United States began its downward slide into moral decay and spiritual deadness that has resulted in the current troubles we face. In our early history every move of government was examined and judged according to Holy Scripture and was thus kept on an even plain. National debt such as we face now could never have happened then. Today’s military adventurism such as we have today wouldn’t have happened then. We were not the world’s policemen but the world’s conscious. We carried proudly the flag of Christianity and the standards of truth found in the Holy Bible.

The American family was firmly anchored on the foundation of Jesus Christ and the Holy Word of God. Since all aspects of society depend on the family, American society was stable and free to grow. It could even correct itself from its own weaknesses because of its firm foundation. Today, such is not the case and families are suffering and dysfunctional. When we left our moral foundation which is found only in Jesus Christ and the Holy Bible, we left the only foundation able to support our Declaration of Independence and Constitution. It was only a matter of time before the decay would affect every area of society; families, churches, education and government. Now we have politicians who transgress the intent of our Constitution with impunity, education which denies or fails to teach our founding principles, churches which commit adultery with the world and have lost their saltiness, and families which are falling apart.

However, there is still some remnant of Americans who believe in Jesus Christ and long to return to our early strengths as is seen in the ‘home school’ movement and in the Tea Party movement. There is yet time to do as Jesus advised the Church of Ephesus in the Book of Revelation –

Remember therefore from where you have fallen; repent and do the first works, or else I will come to you quickly and remove your lampstand from its place – unless you repent. – Revelation 2:1-5 (emphasis added)

This is the introduction to a book that will contain 13 chapters which are listed here:

I hope and pray you will follow along for the next chapters and respond to the message they bring.