The Role of Prophesy 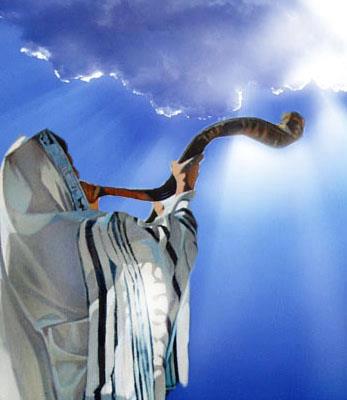 Prophesy fulfilled is one of the main ways God speaks to us. It lets us know what God is doing and it proves to us that He alone is God. The nation of Israel returning is one such prophesy.

And he shall set up an ensign for the nations, and shall assemble the outcasts of Israel and gather together the dispersed of Judah from the four corners of the earth. – Isaiah 11:12.

God told Isaiah the return of Israel would be like waving a flag before the nations to get their attention. Neither Israel nor the other nations can deny that God has done what He said He would do. And if they do, they will pay a heavy price for their rebellion.

But the greatest prophesy to be aware of is the second coming of Jesus. Many today do not know what Scripture teaches about Jesus and His coming back to earth, so I will attempt to give some basic review:

1st) Jesus, the Messiah, came to earth some 2000 years ago, fulfilling many Old Testament prophesies. The first time He came as the “suffering servant”. Isaiah prophesied of Him

Surely he hath borne our griefs, and carried our sorrows: yet we did esteem him stricken, smitten of God, and afflicted. But he was wounded for our transgressions; he was bruised for our iniquities: the chastisement of our peace was upon him; and with his stripes we are healed. All we like sheep have gone astray; we have turned everyone to his own way; and the LORD hath laid on him the iniquity of us all. He was oppressed, and he was afflicted, yet he opened not his mouth: he is brought as a lamb to the slaughter, and as a sheep before her shearers is dumb, so he opened not his mouth. He was taken from prison and from judgment: and who shall declare his generation? For he was cut off out of the land of the living: for the transgression of my people was he stricken. – Isaiah 53:4-8.

2nd) At His first coming, He destroyed the devil’s hold on all sinners and paid the blood debt to God, the Father, for Scripture declares “the wages of sin is death”. Death could not hold Him in the grave and He resurrected after three days. He spent 40 days teaching His disciples and then He rose into the heavens. As they watched Him rise out of sight, two angels stood by them asking why they were gazing into the heavens –

Which also said, Ye men of Galilee, why stand ye gazing up into heaven? This same Jesus, which is taken up from you into heaven, shall so come in like manner as ye have seen him go into heaven.: Acts 1:11.

So Christ was once offered to bear the sins of many; and unto them that look for him shall he appear the second time without sin unto salvation.

Many Messianic prophesies describe Him as a conquering avenger rescuing His people and meeting out judgment to His enemies as well as those, like Isaiah, who describe Him as a suffering servant. This is why many Jews did not receive Jesus as Messiah during His first coming; they were expecting Him to avenge them on their Roman conquerors. They did not understand that His first coming was meant to cleanse their hearts from sin. However, His second coming will not be as a lowly, suffering servant but as a conquering judge. David writes in Psalm 2 about the Son judging the nations and breaking them in pieces like a potter’s vessel,

Kiss the Son, lest he be angry, and ye perish from the way, when his wrath is kindled but a little. Blessed are all they that put their trust in him.

In the Book of Revelation, He is shown as a conquering general at the head of His armies –

And I saw heaven opened, and behold a white horse; and he that sat upon him was called Faithful and True, and in righteousness he doth judge and make war. His eyes were as a flame of fire, and on his head were many crowns; and he had a name written, that no man knew, but he himself. And he was clothed with a vesture dipped in blood: and his name is called The Word of God. And the armies which were in heaven followed him upon white horses, clothed in fine linen, white and clean. And out of his mouth goeth a sharp sword, that with it he should smite the nations: and he shall rule them with a rod of iron: and he treadeth the winepress of the fierceness and wrath of Almighty God. And he hath on his vesture and on his thigh a name written, KING OF KINGS, AND LORD OF LORDS. – Revelation 19:11-16.

It is at this second coming that “every knee shall bow and confess to God” that Jesus is the Christ. As we consider the fact that the nation of Israel has returned and God is protecting her against overwhelming odds as the Arab nations have attacked in seven different wars so far, loosing every time, sometimes against all odds. We should know that God is using the nation of Israel as an ensign for the nations, warning that His Son is coming back very soon.

The return of Israel involves three phases: 1) The return of Israel to the Land, which happened in 1948; 2) The return of Israel to Jerusalem, which partly happened in 1967 but which was completed in 2017 as President Trump moved the American Embassy to Jerusalem and declared to the world that Jerusalem is the Capital of Israel; 3) The return of the Temple Mount to Israeli control and the re-building of the Temple. This has only partly happened as Israel, due to Arab terrorist attacks on the Temple Mount, has taken over control of the Mount but they have yet to build the Temple. However, forces are moving which are preparing for the Temple to be restored. The Orthodox Jews are ready to rebuild but, the spirit of Antichrist has derailed this move by removing Netanyahu as Prime Minister, who had pledged to the re-building of the Temple. This political situation is much the same as it is in the United States with the removal of President Trump. But, God is yet in control and when He is ready, it will be rebuilt.

The second main theme to prophesies coming forth these days is concerning the Church. America has been the last beacon of Scriptural truth and hope in the world but even in America the Church has been infiltrated with worldly influences. The Lord is not coming back for a blemished Bride (Church) so, He must first cleanse her. Remember how Jesus entered the Temple and cleansed it, turning over the money changer’s tables and driving out those who sold animals for sacrifice and declaring His Father’s House should be a House of Prayer! Well, He is cleansing His House right now as well. He is separating the ‘sheep from the goats’ as He finds out who is listening to the voice of the Lord and who is following the voice of the world. Many pastors are just in it for the money and fame they can get and are following the voice of the world, which is the voice of the Antichrist. Many pastors are running and hiding from the wolves that are sent among the flock. Many pastors are listening more to the ‘voice of reason’, which is really just the voice of humanism, than they are to the voice of the Holy Spirit.

But, there is a genuine moving of the Holy Spirit in our country and around the world. The Lord is moving in China, Pakistan, India, and many other Muslim nations. The voice of the Prophets is once more being released for this hour, such as Pastor Kent Christmas, The Elijah List, and Robin Bullock’s The Eleventh Hour,

And revivals are breaking out even in California, which has stood against the church, trying to close it down. The program Flashpoint has highlighted this. God has been separating, cleansing, and pruning His Church but, He is about to break forth with the Later Rain of the Holy Spirit on those who are praying for it.

Ask the LORD for rain In the time of the latter rain. The LORD will make flashing clouds; He will give them showers of rain, Grass in the field for everyone. – Zech. 10:1