In the wake of the Afghanistan debacle, the news is filled with nothing but that, I felt we must be directed back to our Scriptural foundations. The Apostle Paul, no stranger to disasters, gives us some good advice –

Be anxious for nothing, but in everything by prayer and supplication, with thanksgiving, let your requests be made known to God; and the peace of God, which surpasses all understanding, will guard your hearts and minds through Christ Jesus. – Phil. 4:6, 7 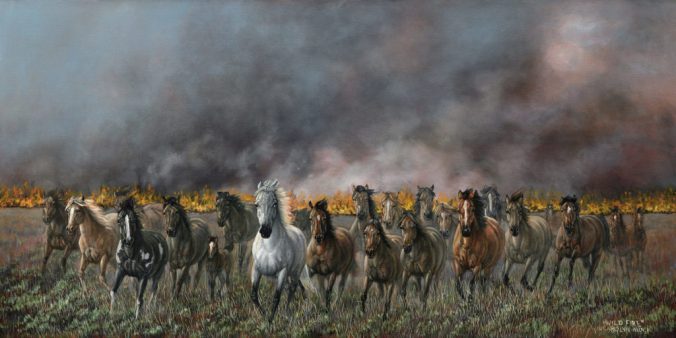 Notice, his first word is “Be anxious for nothing” and what have we been bombarded with for two years? The Covid19 virus! But, the main element of attack has not been true information or facts, it has been fear! So the population has been like a wild herd of animals running from the smoke of a fire. Now, in Israel, one of the most vaccinated countries in the world, over 80% of those vaccinated are coming down with Covid19 and the Delta variant! and why do the vaccinated still have to wear masks? Doesn’t the vaccine protect one? There have been so many flip-flops on the mask issue that one doesn’t know who to believe, except it is probably not the CDC or WHO! It is much easier to take Paul’s advice and be afraid of nothing.

Paul’s next words are equally instructive.

Paul places great emphasis on the truth, mentioning it first. In fact Jesus proclaimed, “You shall know the truth and the truth shall set you free.” (John 8:32). Later in 2 Thessalonians, Paul further emphasizes the importance of the truth –

The coming of the lawless one is according to the working of Satan, with all power, signs, and lying wonders, and with all unrighteous deception among those who perish, because they did not receive the love of the truth, that they might be saved. And for this reason God will send them strong delusion, that they should believe the lie, that they all may be condemned who did not believe the truth but had pleasure in unrighteousness. – 2 Thes. 2:9-12

So, we see that truth is a life or death matter! Jesus also said, “in the mouth of two or three witnesses a thing is confirmed” – (Matt. 18:16). But, how are we to judge if those with opposing views (many doctors and medical experts) are shut down and not allowed to be heard? It simply forces one to ask – Why? Is what they are saying true?

This Democrat Administration has not given us much truth as of late. All who have watched the news have heard the lies that Joe Biden has told over the Afghanistan withdrawal and the revelations that his top generals and intelligence officials have placed their trust in the Taliban – even giving them a list of Americans and Afghanistan helpers left in the country? Who could trust leaders who pull out troops, close key airports, and leave advanced weapons for the enemy, before safely extracting American citizens?

Then there is the debacle at our Southern Border, letting everyone through, without verification, without health checks, and also without Covid19 vaccinations, I might add. And then the one in the Administration placed in charge of it all, Kamala Harris, is missing for months! I fully expect the Democrat controlled House to next pass a bill allowing them to vote! There is no truth in this Administration, but, there is plenty of bondage! Like Jesus said, if the truth will set us free, then the lack of truth will place us in bondage.

But, the word of God also has the answer to these issues –

Stand fast therefore in the liberty by which Christ has made us free, and do not be entangled again with a yoke of bondage. – Gal. 5:1

We, the people yet have the power to vote and an election is coming up soon. Don’t let big money and the news media rob you of truth! The Democrats are proven liars – vote them out! And then pray as Paul advises –

“but in everything by prayer and supplication, with thanksgiving, let your requests be made known to God”

and the Peace of God will once again reign in the land.