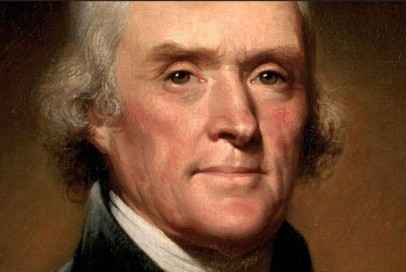 Thomas Jefferson, the third President of the United States, said, “To compel a man to subsidize with his taxes, the propagation of ideas which he disbelieves and abhors, is sinful and tyrannical.”

It is testament to the failure of American education that every child does not have a complete understanding of this statement! Do we not support the NIH with our taxes? Do we not support the CDC with our taxes? Do we not support the President of the United States with our taxes? Do we not support the Congress of the United States with our taxes? Then why, when there are thousands of us who are resisting their Mask mandates and their vaccine mandates, are we not rising up and calling it TYRANNY? Why are we supporting politicians, both Democrat and Republican, who are continually passing laws for us to obey but, exempting themselves from those same laws? I believe it is because most Americans have never been taught what it means to be an American! They have never learned our history; about our founding fathers, or about our Constitution. That is the fault of our educational system which passes children to the next grade based on the time spent rather than on what they learned! (And I say this as an educator of 33 years). But, I also place the blame on Pastors who have not taught the simple precepts of freedom and liberty, because they didn’t want to bring politics into the pulpit! Don’t they know that the Apostle Paul taught about freedom?

“Stand fast therefore in the liberty by which Christ has made us free, and do not be entangled again with a yoke of bondage.” – Gal. 5:1 (NKJV)

The NLT has it, “So Christ has truly set us free. Now make sure that you stay free, and don’t get tied up again in slavery to the law.” (NLT)

These statements not only apply to personal sin but, they also apply to governmental bondage and tyranny. Pastors and churches aught to be in the forefront of the protests against this government over reach!

Now, I also want to address the partisanship I see among Christians. Those with conservative values are looking to the re-emergence of Donald Trump as President or to the Republican Party to deliver us from the corruption in Washington. But, those who are liberals are looking to the Democrats for their help to restore their freedom. Both are idolaters! Both are placing their hope in a political party rather than in God Almighty! Now, I know that conservatives believe that Donald Trump is more in line with their Christian values than the Democrats, who are clearly not. But, I want to remind you of the Biblical story of Joshua. It is found in chapter five of the Book of Joshua – 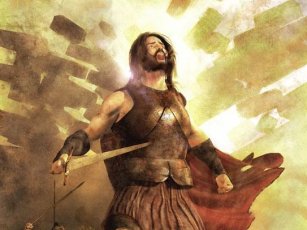 “And it came to pass, when Joshua was by Jericho, that he lifted his eyes and looked, and behold, a Man stood opposite him with His sword drawn in His hand. And Joshua went to Him and said to Him, “Are You for us or for our adversaries?” So He said, “No, but as Commander of the army of the LORD I have now come.” And Joshua fell on his face to the earth and worshiped, and said to Him, “What does my Lord say to His servant?” Then the Commander of the LORD’s army said to Joshua, “Take your sandal off your foot, for the place where you stand is holy.” And Joshua did so.” – Joshua 5:13-15

Joshua was selected by God to lead his people into the Promised Land but, the mission had become his mission instead of the Lord’s mission. The angelic Commander of the Lord’s Army had to remind Joshua of this. He was neither for Joshua or those of Jericho, He was for the LORD. Joshua had the good sense to humble himself before the Lord and then God blessed him with victory. There are almost as many crooked Republicans in Congress as there are crooked Democrats and for Christians to place their hope in them is both unwise and idolatry!

We need to humble ourselves and kneel before the Lord asking Him for help to deliver us from the wickedness that is upon us. After all, He is the Rock of our Salvation not some Republican or Democrat. When it comes to voting, I’m going to kneel before God and ask Him who I should vote for. I can’t trust the media or some advertisement but, I can trust God. Scripture says, “If any of you lacks wisdom, let him ask of God, who gives to all liberally and without reproach, and it will be given to him.”

Now, if I come across some truth about one candidate or another, I’m certainly going to let that be known and let it guide me because Jesus said –

You may think this article is political but, I think it is Scriptural! It speaks the truth and it uplifts only the Lord Jesus, which is what we Christians should be doing!