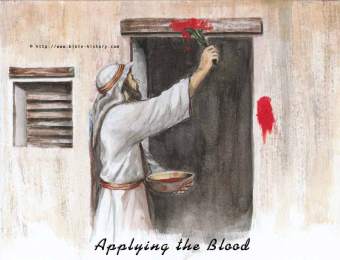 This group is named Prophesy for Today so I want to give you a prophesy that is not talked about much in the Church.

This article will be about the simplest concept in Christianity, the concept of faith. Everything in Christianity depends on faith but what is faith?

1 John 1:7 says that we are cleansed from all sin by the blood of Jesus, but we must walk in the light to receive it. Walking in the light requires faith in what God says, in His word. Scripture says –

“But without faith it is impossible to please Him, for he who comes to God must believe that He is, and that He is a rewarder of those who diligently seek Him.” – Heb. 11:6

To have faith in God, you must believe in God and believe what He says. Believing in not just a mental action, it is an action of the heart (the soul). Jesus is our example because He is the author of faith.

“looking unto Jesus, the author and finisher of our faith, who for the joy that was set before Him endured the cross, despising the shame, and has sat down at the right hand of the throne of God.” – Heb. 12:2

Jesus said He came to do the Father’s will, whatever the Father spoke to Him. Actually doing what God says to do, that is faith. Hebrews chapter 11 is a whole chapter on faith, a whole chapter on people who acted in faith, they believed God and so did what He said. That chapter states that faith is the substance of things hoped for, the evidence of things not seen. The very first example given of faith is about the Creation.

This is the Creation story given in Genesis 1-5. God created the heavens and the waters and the earth out of nothing by His word. He made man and woman and breathed the spirit into them and they became living souls. To believe this requires faith and so it is listed first.

Liberals and Progressive educators do not believe this because they do not have faith! Public Education prefers to teach the doctrine of evolution instead of the Bible even though most of them don’t know what evolution is or teaches. There are three branches of evolution: Abiogenesis, Ontogenesis, and Exogenesis.

A biogenesis is the formation of living beings from non-living materials, Ontogenesis is the transformation that takes place in the womb and within the species, and Exogenesis is the transformation of one species into another species (such as a monkey into a man). What those promoting evolution seldom tell you is that there are no examples of Abiogenesis or Exogenesis to be found. There are plenty of examples of Ontogenesis because God made the species to adapt to their environment within certain limitations (for example early horses had toes instead of hooves and animals and mankind get bigger and smaller).

Please watch this excellent video about this subject –

What is more serious is that many churches and Bible Colleges also believe and teach evolution. What they don’t understand is that the doctrine of evolution denies the creation account of Genesis. Thus, it denies the fall to sin and the need for a Savior and Jesus. These so-called Christians are denying their reason for existing – the preaching of the Gospel, which is all about sin and the need of a Savior!

Without faith, it is impossible to please God. And to have faith you have to believe God and His word. The Apostle Peter warned us that in the last days these types of people would come –

“knowing this first: that scoffers will come in the last days, walking according to their own lusts, and saying, “Where is the promise of His coming? For since the fathers fell asleep, all things continue as they were from the beginning of creation.” For this they willfully forget: that by the word of God the heavens were of old, and the earth standing out of water and in the water, by which the world that then existed perished, being flooded with water.” – 2 Pet. 3:3-6

Peter calls all such people “false teachers and scoffers” and they should definitely not be in the pulpits pretending to teach the word of God! Nor should true believers be sitting under their authority any longer! If your Pastor or Denomination teaches evolution – LEAVE!

Christians are facing dangerous times in America, and they need to rise up and withstand the evil that is coming upon us but we will only do that if we know the truth as God speaks it and if we have faith in His words.