“Surely I have taught you statutes and judgments, just as the LORD my God commanded me, that you should act according to them in the land which you go to possess. Therefore be careful to observe them; for this is your wisdom and your understanding in the sight of the peoples who will hear all these statutes, and say, ‘Surely this great nation is a wise and understanding people.’ For what great nation is there that has God so near to it, as the LORD our God is to us, for whatever reason we may call upon Him? … Only take heed to yourself, and diligently keep yourself, lest you forget the things your eyes have seen, and lest they depart from your heart all the days of your life. And teach them to your children and your grandchildren,” – Deut. 4:5-9

END_OF_DOCUMENT_TOKEN_TO_BE_REPLACED 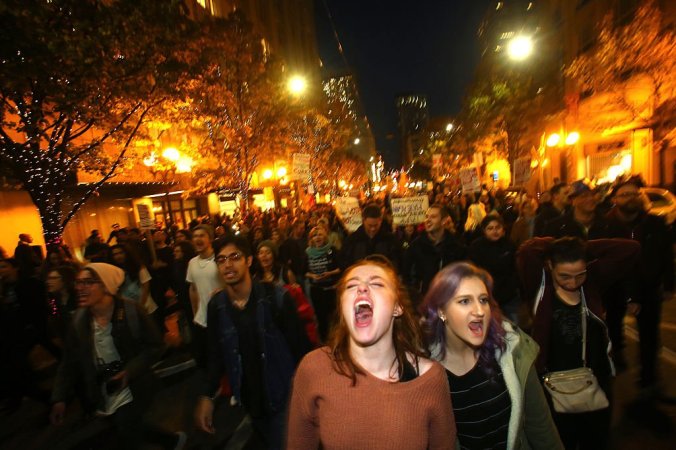 America is facing many crises right now and most of them are of our own making. For a least a generation we have been entrusting our children to public schools and colleges that have been infected with a John Dewey world view which is socialistic and anti-God in nature.

The above picture is of rioters protesting the election of Donald Trump as President of the United States. Rather than embracing the Constitutional formula of the transfer of power they react with burning, looting, and mayhem. You will notice that they are mostly young END_OF_DOCUMENT_TOKEN_TO_BE_REPLACED