As rebellion and rioting sweep the major cities in the U.S. people are wondering what is the meaning of it all? Well, I could say it is caused by the globalists and carried out by those who want to change the United States from being a world power Republic into a Third World socialist country that will give place to a One World Government. And the Democrat Party seems to be backing the plan. Or, I could also say it is all in God’s plan for the coming of Messiah. Paul wrote some 2000 years ago about this – END_OF_DOCUMENT_TOKEN_TO_BE_REPLACED

The recent signing of a peace accord between Israel, Bahrain, and the United Arab Emirates (UAE) has sparked much comment, some positive and some negative. President Trump announces that it is just the beginning as five other Arab States also want to join in the peace deal. 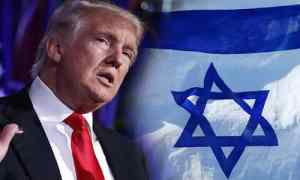 President Trump has now released his peace plan for Israel. He claimed it was a win for Israel and for the Palestinians but, was it? God promised Abram –

“So the LORD made a covenant with Abram that day and said, “I have given this land to your descendants, all the way from the border of Egypt to the great Euphrates River—” – Gen. 15:18