Friends, we are living in dangerous times because Satan is attacking with all he is worth. His ‘spirit of lawlessness’ is running rampant throughout the earth, and especially in the United States. It is nearly impossible to not be affected by it or to know someone who has been. It is very deceptive. For example, it will infect the Democrat Party then it will encourage conservative Republicans to hate the Democrats but, everyone is an available target for this spirit. We must remember the words of the Apostle Paul –

“For we do not wrestle against flesh and blood, but against principalities, against powers, against the rulers of the darkness of this age, against spiritual hosts of wickedness in the heavenly places.” – Eph. 67:12 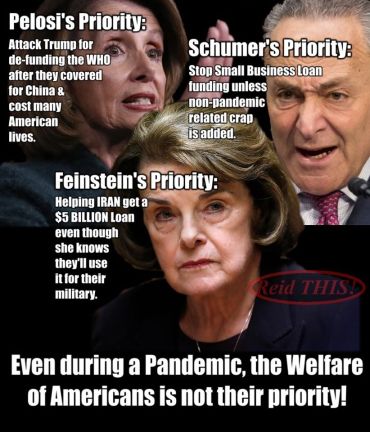 I’m not saying it is wrong to point out the terrible sin of abortion, or homosexuality, or lesbianism, or transgenderism or even those who vote for those who do promote them but, I am saying we should pray for them for they have been infected by evil spirits and Paul writes it is not the people we are to war with but the ‘spiritual hosts of wickedness in the heavenly places’. Just like the poor soul that is hooked on drugs or alcohol, they are under demonic pressures and don’t even know it. We should pray for them to come to their senses and repent and be healed, not hate them. They are sick and James writes –

“Is anyone among you sick? Let him call for the elders of the church, and let them pray over him, anointing him with oil in the name of the Lord. And the prayer of faith will save the sick, and the Lord will raise him up. And if he has committed sins, he will be forgiven. Confess your trespasses to one another, and pray for one another, that you may be healed. The effective, fervent prayer of a righteous man avails much. . . . . Brethren, if anyone among you wanders from the truth, and someone turns him back, let him know that he who turns a sinner from the error of his way will save a soul from death and cover a multitude of sins.” – James 5:14-20

These verses are usually used for Christians but their message is also good for non-believers who have seen the errors of their ways. Remember, Scripture says “God is not willing that any should perish!” These Scripturas also contain the message of evangelism that Jesus preached to the lost. See the error of your ways – turn away from them (repent) – confess them as sins – and pray for healing! The simplified version that Jesus said was “Repent for the kingdom of God has come near.”

We who believe have the truth, we have the light of life, and we should not hide it under a bushel. We should not be like the Pharisees who knew the truth, saw the evil men committed and shunned them for it, not understanding that they were sick with the Evil One. Jesus also saw them, saw the evil also, but He drove out the demons and healed them bringing them to repentance and the kingdom of God.

So, we, the faithful, should be much in prayer for the wickedness that is upon us but, let come against its source, not the people infected by it. Let us pray for their release and deliverance that they may come to the light and repent.

I have spent my last articles pointing out the wickedness of men and the lawless acts they are doing. I have also referred to the signs God is giving alerting us to the lateness of the hour because I want to warn people that the Lord is soon coming and He is going to judge the wicked (those who choose unrighteousness) and rescue the faithful. I want this message to be to the faithful in the Church to show who we are really fighting against. We have been given authority over demons and all the power of the enemy Satan and we have been given this authority so we can rescue the captives and set them free.

“Then the seventy returned with joy, saying, “Lord, even the demons are subject to us in Your name.” And He said to them, “I saw Satan fall like lightning from heaven. “Behold, I give you the authority to trample on serpents and scorpions, and over all the power of the enemy, and nothing shall by any means hurt you. Nevertheless do not rejoice in this, that the spirits are subject to you, but rather rejoice because your names are written in heaven.” – Luke 10:17-20

We have been given the most powerful weapon on earth – the baptism in the Holy Spirit. He is in us and He is greater than he who is in the world so, what have we to fear? We just need to walk in the Spirit.