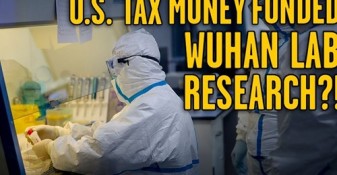 We are living in a time of fear. The Covid19 virus has released a spirit of fear upon the land but, there is a worse condition that has existed long before the virus came – it is the loss of the Fear of the LORD. The government, the churches, the educational institutions and the courts of the land have lost any fear they once had of the LORD. In fact, the churches have failed to even teach about the Fear of the LORD. All they teach about is God’s Grace and His mercy and they turn a blind eye towards sin. After all, if they teach too much about sin, it may drive people away from church and dry up their source of money!

The courts and the judges that rule them need to read once again God’s standards for judges. King Jehoshaphat set judges throughout the land and he commanded them “Take heed to what you are doing, for you do not judge for man but for the LORD, who is with you in the judgment.”

“Now therefore, let the fear of the LORD be upon you; take care and do it, for there is no iniquity with the LORD our God, no partiality, nor taking of bribes.” – 2 Chron. 19:7

In our fraudulent elections held in 2020, the Supreme Court had the opportunity to step in with justice but, they hid away in their chambers and refused to hear. They had no Fear of the LORD!

Our educational establishments, who are charged with teaching wisdom and knowledge, have eliminated God from their curricula and substituted the false god of humanism in His place. They have also forsaken the Fear of the LORD.

“The fear of the LORD is the beginning of wisdom, And the knowledge of the Holy One is understanding.” – Prov. 9:10

Now we have a government that is bent on destroying this country by selling our secrets to foreign governments, by discarding our foundational principles, such as the 1st and 2nd Amendments, and opening our borders to a flood of illegals. And it is even openly rejecting God by open and free abortion of God’s most precious lives and by exalting Homosexuals and transgenderism. They have no Fear of the LORD and they need to hear what God says to them –

“When your terror comes like a storm, And your destruction comes like a whirlwind, When distress and anguish come upon you. Then they will call on me, but I will not answer; They will seek me diligently, but they will not find me. Because they hated knowledge And did not choose the fear of the LORD,” – Prov. 1:27-29

Our forefathers knew the Fear of the LORD and they guided this country to it’s conception by obeying God’s laws and by reverencing Him. They knew the ‘severity’ of the LORD, that He judges according to a nation’s deeds and so they feared the LORD –

“According to their deeds, accordingly He will repay, Fury to His adversaries, Recompense to His enemies; The coastlands He will fully repay. So shall they fear The name of the LORD from the west, And His glory from the rising of the sun; When the enemy comes in like a flood, The Spirit of the LORD will lift up a standard against him” – Isa. 59:18, 19

“Then the churches throughout all Judea, Galilee, and Samaria had peace and were edified. And walking in the fear of the Lord and in the comfort of the Holy Spirit, they were multiplied.” – Acts 9:31 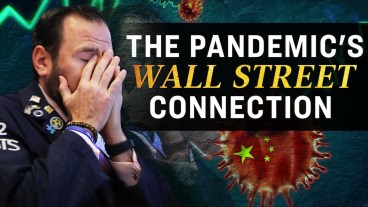 This present government is about to experience the terror of falling into the hands of the living God. They are about to experience His fury and His recompense. But, in the midst of this judgment let us not be like those of Jeremiah’s day because He will also remember mercy and pour out the latter rain of the Holy Spirit on the faithful –

“They do not say in their heart, “Let us now fear the LORD our God, Who gives rain, both the former and the latter, in its season. He reserves for us the appointed weeks of the harvest.” – Jer. 5:24

There is yet to be a latter rain to bring in the final harvest on Gentiles and Jews.

“Afterward the children of Israel shall return and seek the LORD their God and David their king. They shall fear the LORD and His goodness in the latter days.” – Hos. 3:5

To the faithful, do not give up, keep on obeying His Word, keep on praying, for God is not asleep and He is watching those who are faithful –

“Then those who feared the LORD spoke to one another, And the LORD listened and heard them; So a book of remembrance was written before Him For those who fear the LORD And who meditate on His name.” – Mal. 3:16

Finally: what is the Fear of the LORD? Moses best explains it –

“Now this is the commandment, and these are the statutes and judgments which the LORD your God has commanded to teach you, that you may observe them in the land which you are crossing over to possess, that you may fear the LORD your God, to keep all His statutes and His commandments which I command you, you and your son and your grandson, all the days of your life, and that your days may be prolonged.” – Deut. 6:1, 2

They can best be summed up in the Ten Commandments of the LORD, which you can read in Exodus 20. But, they can only be understood as the Fear of the LORD guides your understanding.