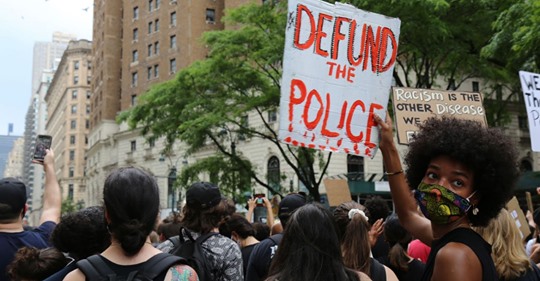 The United States is faltering. It is leaving its Christian based foundation and turning toward a foundation sponsored by the Devil called the Globalist Reset. Instead of the American policy of empowering the people, the Government by the People and for the People, they are pushing for the rule of the Elite over the people. To do this they are pushing such groups as BLM and Antifa and for the Green: green energy, green environment, green climate control, and one world rule by the elite (Those in the WEF)! They want a digital currency because by it they can better control the people. This is the plan of the World Economic Forum, WEF. Their moto is “You will own nothing, and you’ll be happy”! Many nations have already given in to this philosophy. Only a few have resisted – Holland is resisting the government takeover of their farms holding mass demonstrations, but many of their farms have been confiscated. Canadian truckers tried to resist but have lost as their bank accounts were frozen. Now, under Biden, the United States is being targeted. Biden’s first act as President was to curtail our fossil fuel economy closing down coal mining, stopping oil drilling, and stopping the flow of natural gas through our pipelines. He did this knowing full well it would cause inflation and the shutdown of our economy. Many so-called Christians went right along with him, believing his lies which are derived from his CCP and WEF connections!

Much of what he is saying is true whether it is the Green (Pale) Horse or not. We in America are being lied to by our governmental leaders, our educators, our media, and by many in the Church. We need to wake up to the times that are upon us!

The pharmaceutical industry has been making Billions of dollars on Covid19 and the vaccines made to counteract it. The CDC, NIH, and FDA have been caught numerous times lying about the statistics and they have been caught using the Media to ‘factcheck’ those who want to tell the truth out of their ability to speak, and the White House has colluded with them. Some 50,000 seniors on Medicare have died due to the vaccine and the pharmaceutical industry is also implicated in all the abortions that have taken place in our country as well. They have “fattened their hearts in a day of slaughter” as James writes.

“Come now, you rich, weep and howl for your miseries that are coming upon you! Your riches are corrupted, and your garments are moth-eaten. Your gold and silver are corroded, and their corrosion will be a witness against you and will eat your flesh like fire. You have heaped up treasure in the last days. . . . You have lived on the earth in pleasure and luxury; you have fattened your hearts in a day of slaughter. You have condemned, you have murdered the just; he does not resist you.” – James 5:1-6

God has not overlooked their doings; He has seen it all. In fact, He predicted man’s wickedness would rise to this level in the last days. But their riches are corrupted, and their silver and gold are corroded and will not save them from the fires of hell! I believe this is the year (2022-2023) when they will begin to come down. But God doesn’t want His people to be discouraged and the next word James speaks is to those who believe in Jesus –

The ‘farmer’ is God, and He is waiting patiently for the precious fruit of the earth, which is souls of the redeemed. The early rain came on that first Pentecost, just after the Lord’s first coming, and the later rain will come just before the Lord’s second coming to bring in the final harvest’

“Let us know, let us pursue the knowledge of the LORD. His going forth is established as the morning; He will come to us like the rain, Like the latter and former rain to the earth.” – Hos. 6:3

“Be glad then, you children of Zion, and rejoice in the LORD your God; For He has given you the former rain faithfully, And He will cause the rain to come down for you— The former rain, And the latter rain in the first month.” – Joel 2:23

When that ‘later’ rain begins, James says, “Establish your hearts, for the coming of the Lord is at hand.” As we witness the wicked heaping riches to themselves by their wickedness, know that the later rain is about to begin, and may already have begun! The prophet Zechariah also has a word for us –

“Ask the LORD for rain in the time of the latter rain. The LORD will make flashing clouds; He will give them showers of rain, Grass in the field for everyone.” – Zech. 10:1

When we see that the time of the latter rain is drawing near, we need to pray asking God for it. When Daniel saw that the 70 years of Jerimiah’s prophesy were finished, he began to pray, asking God to bring it forth. So, we also need to beseech heaven asking for the latter rain to fall!

“It is God that girdeth me with strength, and maketh my way perfect. He maketh my feet like hinds’ feet, and setteth me upon my high places. He teacheth my hands to war, so that a bow of steel is broken by mine arms. Thou hast also given me the shield of thy salvation: and thy right hand hath holden me up, and thy gentleness hath made me great. Thou hast enlarged my steps under me, that my feet did not slip. I have pursued mine enemies and overtaken them: neither did I turn again till they were consumed. I have wounded them that they were not able to rise they are fallen under my feet. For thou hast girded me with strength unto the battle: thou hast subdued under me those that rose up against me. Thou hast also given me the necks of mine enemies; that I might destroy them that hate me. They cried, but there was none to save them: even unto the LORD, but he answered them not.” – Psalm 18:32-41 KJV

And remember, God said David was a man after His own heart! We desperately need the power of the Hoy Spirit in this fight so, pray, pray, pray for the latter rain to fall on us!