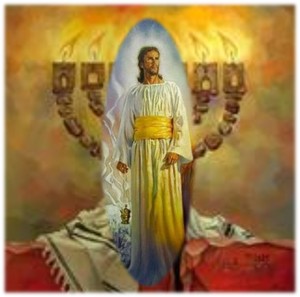 “Then I turned to see the voice that spoke with me. And having turned I saw seven golden lampstands, and in the midst of the seven lampstands One like the Son of Man, clothed with a garment down to the feet and girded about the chest with a golden band. His head and hair were white like wool, as white as snow, and His eyes like a flame of fire; His feet were like fine brass, as if refined in a furnace, and His voice as the sound of many waters;” – Rev. 1:12-15

“But you are not in the flesh but in the Spirit, if indeed the Spirit of God dwells in you. Now if anyone does not have the Spirit of Christ, he is not His.” – Rom. 8:3

The same is true of the Antichrist. He is a man that will come but, he also has a spirit and it is here already. John wrote –

“and every spirit that does not confess that Jesus Christ has come in the flesh is not of God. And this is the spirit of the Antichrist, which you have heard was coming, and is now already in the world.” – 1 John 4:3

“They went out from us, but they were not of us; for if they had been of us, they would have continued with us; but they went out that they might be made manifest, that none of them were of us.” – 1 John 2:19

Peter also explains who these people were – 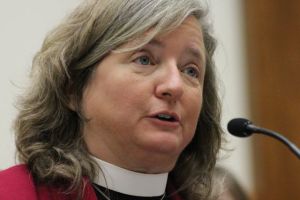 “These are wells without water, clouds carried by a tempest, for whom is reserved the blackness of darkness forever. For when they speak great swelling words of emptiness, they allure through the lusts of the flesh, through lewdness, the ones who have actually escaped from those who live in error. While they promise them liberty, they themselves are slaves of corruption; for by whom a person is overcome, by him also he is brought into bondage. For if, after they have escaped the pollution’s of the world through the knowledge of the Lord and Savior Jesus Christ, they are again entangled in them and overcome, the latter end is worse for them than the beginning.” – 2 Pet. 2:17-20

They are preaching another Gospel and they worship a false Christ, they talk the language of a Christian but, they don’t walk the walk of a Christian. They are the ‘seeker friendly’ Church people who don’t preach the whole truth of the Gospel if it offends. They are OK with homosexuality and lesbianism. They condone abortion and remarriage by the fact that they never teach what the Bible has to say about them. They don’t have the spirit of Christ in them, they have the spirit of Antichrist! Paul said “For I have not shunned to declare to you the whole counsel of God.” but these only share what doesn’t offend anyone so they can get more members.

Paul writes to Timothy about this as well –

“But know this, that in the last days perilous times will come: For men will be lovers of themselves, lovers of money, boasters, proud, blasphemers, disobedient to parents, unthankful, unholy, … lovers of pleasure rather than lovers of God, having a form of godliness but denying its power. And from such people turn away!” – 2 Tim. 3:1-5

“Now, brethren, concerning the coming of our Lord Jesus Christ and our gathering together to Him, we ask you, not to be soon shaken in mind or troubled, either by spirit or by word or by letter, as if from us, as though the day of Christ had come. Let no one deceive you by any means; for that Day will not come unless the falling away comes first, and the man of sin is revealed, the son of perdition, who opposes and exalts himself above all that is called God or that is worshiped, so that he sits as God in the temple of God, showing himself that he is God. Do you not remember that when I was still with you I told you these things? And now you know what is restraining, that he may be revealed in his own time. For the mystery of lawlessness is already at work; only He who now restrains will do so until He is taken out of the way. And then the lawless one will be revealed, whom the Lord will consume with the breath of His mouth and destroy with the brightness of His coming. The coming of the lawless one is according to the working of Satan, with all power, signs, and lying wonders, and with all unrighteous deception among those who perish, because they did not receive the love of the truth, that they might be saved. And for this reason God will send them strong delusion, that they should believe the lie, that they all may be condemned who did not believe the truth but had pleasure in unrighteousness.” – 2 Thes. 2:1-12

“Or do you not know that your body is the temple of the Holy Spirit who is in you, whom you have from God, and you are not your own? For you were bought at a price; therefore glorify God in your body and in your spirit, which are God’s.” – 1 Cor. 6:19, 20 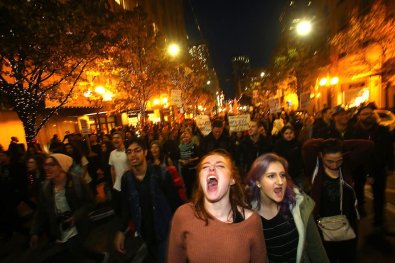 Everything in the world, Hollywood, the government, the news media, sports, even the economy, is in the grip of the spirit of Antichrist and now even the Church is infested. Paul wrote –

“Do not be unequally yoked together with unbelievers. For what fellowship has righteousness with lawlessness? And what communion has light with darkness? And what accord has Christ with Belial (a name for Satan)? Or what part has a believer with an unbeliever? And what agreement has the temple of God with idols? For you are the temple of the living God. As God has said: “I will dwell in them And walk among them. I will be their God, And they shall be My people.” Therefore “Come out from among them And be separate, says the Lord. Do not touch what is unclean, And I will receive you.”” – 1 Cor. 6:14-17

This has been a hard message but, it is the truth. The hour is late and the spirit of Antichrist has almost worn the saints of God down, but, there will be a remnant who stand – as Paul wrote –

“But we are bound to give thanks to God always for you, brethren beloved by the Lord, because God from the beginning chose you for salvation through sanctification by the Spirit and belief in the truth, to which He called you by our gospel, for the obtaining of the glory of our Lord Jesus Christ. Therefore, brethren, stand fast and hold the traditions which you were taught, whether by word or our epistle. Now may our Lord Jesus Christ Himself, and our God and Father, who has loved us and given us everlasting consolation and good hope by grace, comfort your hearts and establish you in every good word and work.” – 2 Thes. 2:13-17

One thought on “The Spirit of Antichrist”