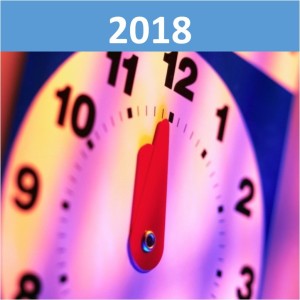 No one likes to be rushed. We all like to drift along thinking we can control the tide of time but, the truth is we are all captives of time. God set time in motion at the creation and the clock is running at His predetermined pace for us all.

“Then God said, “Let there be lights in the firmament of the heavens to divide the day from the night; and let them be for signs and seasons, and for days and years” – Gen. 1:14

The sun rising and setting and the earth moving in its orbit are instruments we use for telling time and seasons but, God ordained time before them. As He began creation, He did by days. He ordained the beginning and He will determine the end as well.

“In the beginning God created the heavens and the earth.” – Gen. 1:1

Each of us came on the scene at a pre-determined time, which we could not control. Oh, foolish men like to think we can use birth control and fertility methods to control it but, we cannot. The Bible reveals that it is God who opens or closes the womb and this is not just an ignorant nonscientific idea. I know plenty people who have tried to have children to no avail, or decide to adopt because they are unsuccessful with becoming pregnant only to give birth later on. Yes, a thinking person will have to agree with King David of old when he declared the truth about time and our interaction with it.

“My times are in Your hand; Deliver me from the hand of my enemies, And from those who persecute me.” – Psalm 31:15

If you confess and follow Jesus, you will have enemies as well as those who want to ridicule you and persecute you just like they did David. But, if you know the truth about time and your place in it and Who it is that controls time, you will have the advantage. 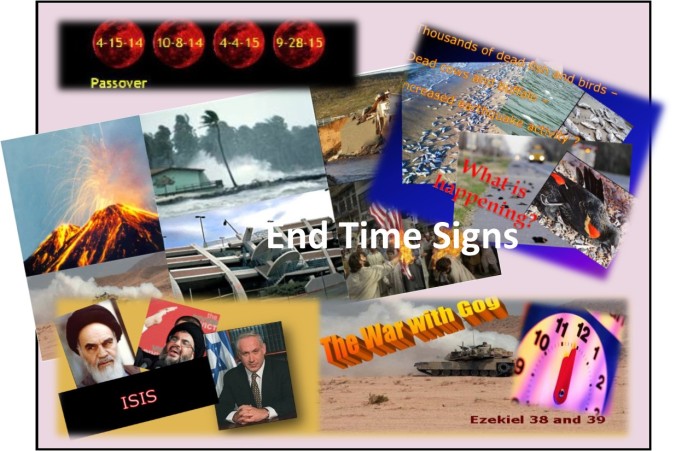 As the time draws near its closing, we have wars and rumors of war, just like Jesus predicted. Russia, Iran, and radical Islamic states and groups build and prob for advantages against Israel and the United States in the Middle East. Other Middle Eastern nations are realigning themselves to meet this threat and a single spark could set off a raging firestorm.

European nations are fast leaving their once Judaeo-Christian foundations and moving to socialistic (which is based on Humanism) ideology. It would good to remember that Hitler’s Democratic Socialistic Party and Communism used this as a starting point for their anti-freedom ideas. Christian Churches in these countries bear little resemblance to those of the the Book of Acts era and American Churches are fast following the same pathway to apostasy. 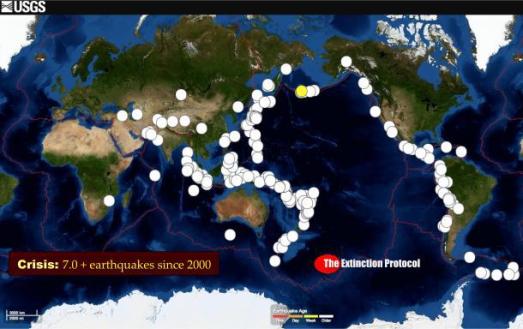 As the Bible predicts, the earth itself is reacting to wickedness of man with increasing earthquake activity, violent storms, volcanoes and pestilences.

Other strange events are happening as well, such as strange sounds in the air, boomings from the earth, birds falling from the sky and fish washing up on the beaches.

In the word of God it is written “My people are destroyed for lack of knowledge” (Hos. 3:6). Hosea also revealed the answer to the mysterious events described in the above video –

“Hear the word of the LORD, ye children of Israel: for the LORD hath a controversy with the inhabitants of the land, because there is no truth, nor mercy, nor knowledge of God in the land. By swearing, and lying, and killing, and stealing, and committing adultery, they break out, and blood toucheth blood. Therefore shall the land mourn, and every one that dwelleth therein shall languish, with the beasts of the field, and with the fowls of heaven; yea, the fishes of the sea also shall be taken away.” – Hosea 4:1-3 KJV

These, and many more, signs should alert us to the times we live in. Plus the alarming increase of Christian persecution all around the world reminds us of Biblical times.

This is the time we are born into. How shall we react to it? We cannot run from it or hide from it, so what do we do? I believe there are but two answers: (1) Turn towards God and join His band of overcomers, or (2) Shrug the warnings off and continue compromising with the world – in which case you will meet God but, without hope.

For those who choose wisely, I share this song of hope and comfort.