2015 has barely begun and preparations for the Blood Red Moon cycles are already beginning. In March, the first eclipse of the Sun will happen which signals trouble for the world, then in April the 1st Blood Red Moon on Passover signaling trouble for Israel occurs. Recent Islamic terrorism in France highlights what may be coming. The news paper article The death-cult ideology that France prefers not to name reveals the problem being faced by many nations today. They do not want to confront the truth that nearly all the terrorist acts around the world are being done by Islamist. France has embraced an open-door policy to Islam and now, they are beginning to have problems. As Alan Dershowitz wrote, the French ‘Played Footsie’ With Terror rather than combating it head-on. The French President even went so far as to ask the Israeli Prime Minister Benjamin Netanyahu not to attend the march of solidarity for fear he might say something negative against Islamic terrorism. Then, when Netanyahu declared he was coming anyway, the French President invited Palestinian leader Abbas to attend also, even though he is aligned with Hamas, a terrorist organization! 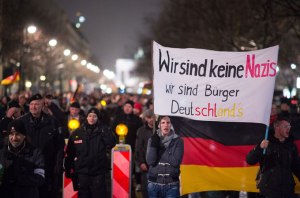 Great Briton is having it’s own problems with Islam as well. Large 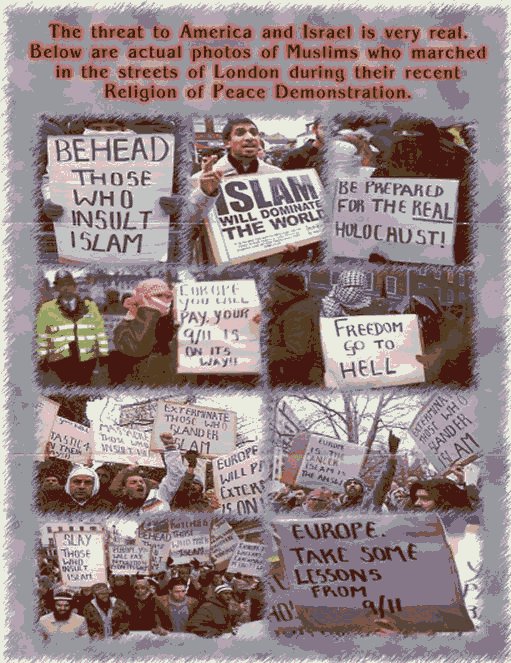 numbers of young Brits are joining ISIS. Muslims have taken over entire sections of London setting up Sharia law and threatening anyone from entering who is not Islamic. They are not assimilating into English culture, they are taking it over! Their idea of peace is not a Biblical concept.

Blindness to the threat of radical Islam is also affecting the United States. House Minority Leader Nancy Pelosi, D-Calif., will appoint the first Muslim member to the House Permanent Select Committee on Intelligence, which deals with sensitive information on America’s war against terrorism. The Obama administration has appointed Muslims with ties to terror organizations to sensitive positions, such as Homeland security.

The problem is not that all Muslims are bad; it is that political correctness and anti-Israel biases blind us to the real threats against us. We even have a former President blaming Israel for the massacres in France! The US Senate is now passing a bill requiring Obama to move the US Embassy in Israel to Jerusalem, the Israeli Capital. What Obama does with this move will reveal his true stand on Israel.

The eclipse of the sun in March this year will signal coming trouble for the world. It is very likely this trouble will involve Islam and the struggle for Jerusalem. The 1st Blood Red Moon in April on Passover will be declaring to the world once again, there is only one way to be saved! The  Good News of Passover is that God has provided a way to escape the judgment to come – His Son Jesus the Messiah.