Put on the armor of God

“But know this, that in the last days perilous times will come:” – 2 Timothy 3:1

This was Paul’s warning to Timothy. He followed it by a lengthy explanation of the problems that would come and how to counteract them. He then told Timothy that if he would follow Paul’s warning, he would be equipped for victory:

“that the man of God may be complete, thoroughly equipped for every good work.” – 2 Timothy 3:17

The word ‘perilous’ was translated from a Greek word that meant ‘hard to bear, troublesome, dangerous, harsh, fierce, savage.’ Paul even went so far as to identify the kind of people he was talking about:

For men will be lovers of themselves, lovers of money, boasters, proud, blasphemers, disobedient to parents, unthankful, unholy, unloving, unforgiving, slanderers, without self-control, brutal, despisers of good, traitors, headstrong, haughty, lovers of pleasure rather than lovers of God, having a form of godliness but denying its power. And from such people turn away! – 2 Timothy 3:2-5

Hollow wood (Hollywood) is full of people who ‘love themselves’ and are immoral and we have a media that promotes them as heroes; Wall Street is full of ‘lovers of money‘ who will sell out friends and even their country for the sake of a buck; modern education delights in blaspheming God and disobedience to parents. How you say? They promote the doctrine of evolution as fact and the teaching of the Bible as myth and they impart the idea to the children that their parents are ‘old fashioned’ and not to be believed if they challenge evolution, global warming, or Biblical marriage and in many other ways as well. The churches are full of those leaders and followers who have ‘a form of godliness but deny its power’. The number of divorces and couples living together out of marriage is stark proof of the ‘unholy’ and ‘unloving’ attitudes that prevail in the country. The idea of commitment and faithfulness are concepts of the past to many. 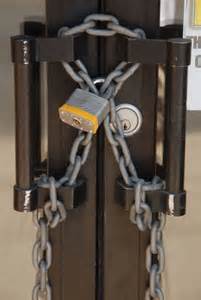 America kills close to 60 million of its babies by the wicked practice of abortion certainly fulfilling the meaning of the word ‘perilous’ – harsh, fierce, savage. Furthermore the educational elitist declare Christians should keep their morality to themselves.

New York Times columnist and gay-rights advocate Frank Bruni thinks we need to change our religious beliefs about marriage, too—since, he says, interpreting the Bible is filled with subjectivity and uncertainty. Therefore believers shouldn’t take it too literally on matters of sexuality. “So our debate about religious freedom,” Bruni says, “should include a conversation about freeing religions and religious people from prejudices that they needn’t cling to and can indeed jettison, much as they’ve jettisoned other aspects of their faith’s history, rightly bowing to the enlightenments of modernity.”

The U.S. military disciplines and kicks out those chaplains who dare to share the Bible’s teachings and the Military Religious Freedom Foundation is calling for the court marshal of an Air Force General who dared to give credit to God for his success! 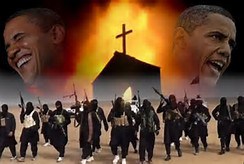 “The global slaughter of Christians is growing in leaps and bounds at the hands of Muslims and their supporters. ISIS or ISIL and other murderous Islamic relatives consider the daily torture and murder jobs of Christians simply obeying Muhammad and their pagan god Allah. Sometimes they offer the victim before they are murdered, the 3 choices stated in Chapter 9 of the Koran – 1) Forcibly convert to Islam 2) Give them great amounts of money as a high tax to stay alive 2) or be killed. Many times they don’t even offer them those options. Instead they just cut right to the torture and murder part – slow and gruesome” – WHERE ARE OUR LEADERS? – The Armageddon Times 5/15/2015

Our world is being shaken and forces of our own making are hard at work to bring down The United States. It can now be said of us as it was said in Jude –

“Woe to them! For they have gone in the way of Cain, have run greedily in the error of Balaam for profit, and perished in the rebellion of Korah.” – Jude 1:11

Sadly, the United States has gone so far from Biblical teachings that most have no idea who Cain, Balaam, or Korah were but, that will not stop us from receiving the judgment they received for their wickedness. Jesus makes the problem more clear in His chastisement of the Church of Pergamos –

“But I have a few things against you, because you have there those who hold the doctrine of Balaam, who taught Balak to put a stumbling block before the children of Israel, to eat things sacrificed to idols, and to commit sexual immorality.” – Revelation 2:14

Now is the time to choose whom you will serve – God, or this devilish world and its allurements. If you choose God and His ways, Paul promises you will be “complete, thoroughly equipped for every good work“. That does not mean there will be no hard times or trouble in your life but, it does mean that God will enable you to stand through them and keep on standing! God allows those times to come that we might be purified and strengthened. As He spoke to His prophet Jeremiah centuries ago –

These “perilous” times are upon us and we had better settle in our hearts whom we will serve and gird up our loins for the hard times that are surely coming.